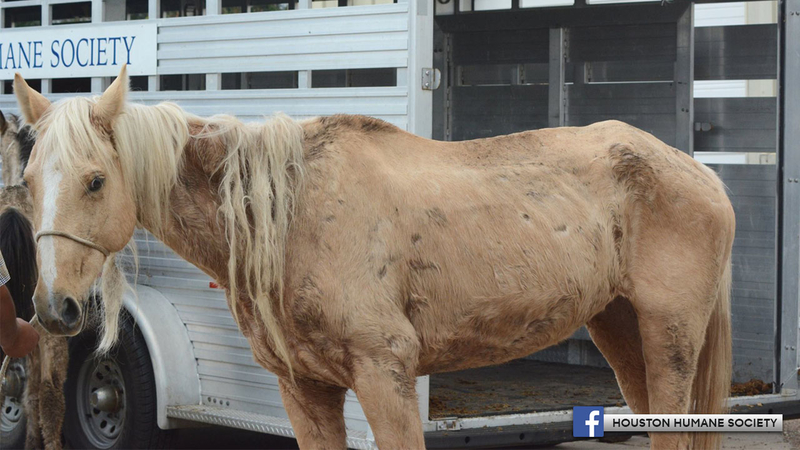 Eight malnourished and neglected horses are recovering now at the Houston Humane Society after a tip led to their seizure.

The horses were "visibly underweight, full of intestinal parasites, and [showed] signs of long term neglect," according to the Humane Society.

Houston Police and Precinct 5 deputies seized the animals Wednesday from the 1000 block of Glen Ave.

Investigators say the animals did not have access to adequate food or water.

"It breaks my heart that any animal would live in that kind of condition," spokesperson Monica Schmidt said.

Each of the horses, aged three to more than 20 years, was grossly underweight.

"This is months, if not years of neglect. For these animals, this doesn't happen overnight. To know how horrible it's been for them, is heartbreaking," Schmidt said.

Two people were arrested at the location. Jeffrey Murphy, 60, was charged with possession of a controlled substance. Robert Herman Smith, 43, was arrested on a warrant for for burglary.

Houston police were on scene after receiving complaints that there were horses that were malnourished.

Robert Smith and Jeffery Murphy are seen in mugshots from Houston Police.