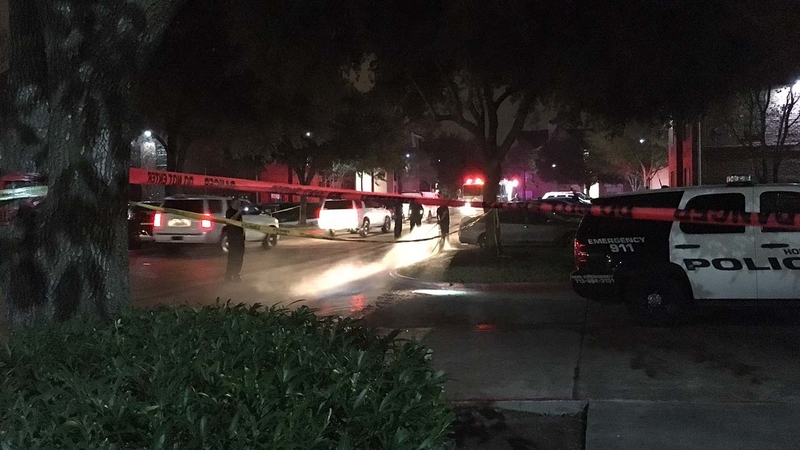 HOUSTON (KTRK) -- Mystery surrounds the shooting death of a young Chinese woman on Houston's west side. The woman was fatally shot at the Camden Holly Springs Apartments, along the West Sam Houston Parkway Monday night.

"I never had a problem out of here, but you know, there have been petty break-ins and stuff like that," said Rodney Harris, who has lived in the complex along with his sister for the past two years.

HPD homicide detectives say residents heard what sounded like a firecracker or a muffled pop around 10:30pm.

Witnesses found the victim in the complex and attempted to provide medical assistance.

"There was a noise like a firecracker, local gunshot, and a scream, and when residents came out, they found the deceased and tried to help her," said detective Tom Ferguson.

ON THE HUNT FOR A KILLER: A young woman was shot & killed while walking to or from her car. Neighbors heard her screams. MORE @abc13houston pic.twitter.com/Pp1Sa5p2om

The woman was pronounced dead a short time later by HFD paramedics.

According to witnesses, a dark-colored, four-door sedan fled the scene at a high rate of speed.

Police say the apartment is rented by a Chinese company. Eyewitness News traced that to PetroChina International, a Chinese oil and gas company with a Houston subsidiary. The company's Houston office is also located along the W. Sam Houston Parkway, just blocks away from the apartment complex.

The Chinese Consulate confirms the woman was an employee of PetroChina International. The consulate does not know if family members in China have been notified.