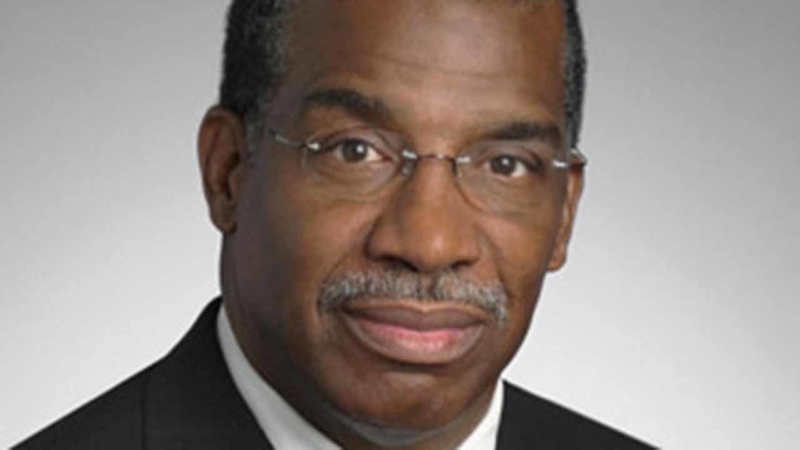 HARRIS COUNTY (KTRK) -- At age 66, El Franco Lee devoted more than half his life to representing others. This morning, at his home in Houston's Fifth Ward, the life of what friends described as a humble public servant came to a sudden and unexpected end.

The Harris County commissioner suffered a fatal heart attack. He was unable to be revived. His death was stunning, because most described him as being in great physical shape, swimming at least four times a week.

Lee first served as a state representative. His contemporaries were Mickey Leland, who would become a congressman, and Craig Washington, who would serve in the district that Leland represented, until his death in a plane crash in Africa.

From the Texas House, Lee was elected to commissioner's court, becoming the first African-American to serve on the panel. His precinct stretched from downtown through southeast Harris County, where a park and a community center is named for him.

Lee was a Democrat. County Judge Ed Emmett a Republican. Both served in the Texas house and developed a friendship.

"He had an ability to walk across the aisle," Emmett said. "He avoided the spotlight, but he got things done."

That style followed him to the county where he worked with senior citizens and kids, providing facilities and activities for both. His Street Olympics program is now a county-wide event.

"He was a voice for the voiceless," said Texas Senator Rodney Ellis. "The public defender's office, healthcare, treatment for the mentally ill, there's a long list of what El Franco accomplished."

As for Lee's political style, Ellis said, "He was like LBJ. He knew when to hug and when to choke and he could do both."

Lee had filed for re-election, and he was unopposed. Because the filing deadline has passed, and there is no Republican candidate, his name will be on the March primary ballot and the November election.

"He will be our candidate in Precinct 1," Lewis said.

Commissioners Court will decide who will fill the office as a caretaker. In the summer, the local Democratic party will take over the office by January 2017, if the caretaker doesn't step down before then.

"All that's a subject for another day," said Lewis. "For now, we're in mourning, for a true public servant."

Commissioner Lee is a graduate of Texas Southern University, where he received a Bachelor of Science degree from the School of Technology and postgraduate studies at the TSU's School of Public Affairs, and at the University of Houston. (Read full bio)

He is survived by his wife, Ethel Kaye and two children.

Statement on the passing of Commissioner El Franco Lee

El Franco was a beloved public servant who never sought the limelight, preferring a low key approach that put the needs of his constituents above self-promotion. His passion was helping seniors and improving quality of life for underserved youth and young adults in the inner city. His unmatched programs for thousands of seniors include everything from health and fitness initiatives to arts and crafts and music tutorials to holiday celebrations and other special events. El Franco's dedication to improving social services, health care, educational and vocational needs for Harris County youth is exemplified by his wonderful Street Olympics Program. He grew the Street Olympics from a summer-only recreation activity into a comprehensive event that impacted the lives of more than 10,000 young adults every year.

El Franco served Harris County well for 30 years and will be greatly missed. On behalf of the City of Houston, I send condolences and prayers to his family. I have directed that flags at City of Houston facilities be lowered to half-staff.

Gwen and I were shocked and truly saddened to hear of the death of Commissioner El Franco Lee. Not only has Harris County lost a tireless and devoted public servant, but many of us have lost a true friend. Our prayers go out of his family and staff.

Monica and I were deeply saddened to learn of Commissioner El Franco Lee's passing today. He was a public servant whose dedication, which I personally observed through his dedication to the Criminal Justice Coordinating Council, touched more lives than anyone will ever know. As Sheriff, I was always proud to stand with him while working on issues helping disadvantaged and underserved populations, as well as his commitment to youth, in an effort to break cycles of violence and recidivism as he continued the legacy of compassion learned from his mentor, Congressman Mickey Leland. My family and I are keeping Ethel Kaye and her entire family in our thoughts and prayers.

I am deeply saddened by the passing of Commissioner El Franco Lee, this morning. I was honored to call him a friend and colleague. He was a dedicated and committed public servant whose advocacy for the poor and our most vulnerable populations was unwavering. El Franco always focused on helping others. He never forgot where he came from and used his position and power to ensure doors were open for all kids. A firm believer in the American Dream, El Franco worked tirelessly to help others achieve their dreams. He will be missed.

It is with great sadness that I learned of the passing of Harris County Commissioner El Franco Lee. Commissioner Lee was a longtime friend of mine from our terms in the State Legislature. Our constituencies over lapped and we worked on many projects together benefiting those we serve. He will be missed by those of us who worked with him. Our prayers are with his family, friends, loved ones and fellow Harris County residents. His service to the people of Texas and Harris County was outstanding.

I'm shocked and saddened by the tragic passing of Harris County Commissioner El Franco Lee," said Ellis. "El Franco was a personal friend and mentor - someone I always turned to when considering big decisions in my life, so I'll miss him greatly. His legacy will be that of public service, as he was always a stalwart advocate for Harris County and Precinct One. He positively impacted the lives of countless residents each year, whether through the Street Olympics, public park upgrades, or senior programs. El Franco used the power of his office for the greater public good, and our community is better off thanks to his dedication and desire to serve.

County Commissioner El Franco Lee was a "giant of a man". He was entrenched in Historic Fifth Ward, Texas. He loved public service and his work. His leadership on the Harris County Commissioners Court was embedded with his passion for the most vulnerable. He believed in providing a better quality of life to all senior citizens in his jurisdiction. He recently provided a beautiful new facility at Hester House. Seniors loved it and loved him.

He cared about improving health care for all citizens of Harris County and was a particular champion for mental health services. Children of Harris County and Harris County Precinct 1 had a champion in Commissioner El Franco Lee. Commissioner El Franco lee provided them with a wide range of extracurricular and community based activities. So many people benefited from his passionate service. We all loved him for who he was and his unending commitment to our community.

Commissioner El Franco Lee is a native Houstonian, reared in Kashmere Gardens Addition and was a graduate of Phyllis Wheatley Senior High School. Commissioner Lee continued his education at Texas Southern University, where he received a Bachelor of Science degree from the School of Technology. He also completed related course work and postgraduate studies at the TSU School of Public Affairs and the University of Houston

Most of all we know the love of his life was his wife, children, family, faith and his beloved community that he still lived in. We are in shock and saddened by his passing. "My prayers and sympathies go out to his family, friends and staff.