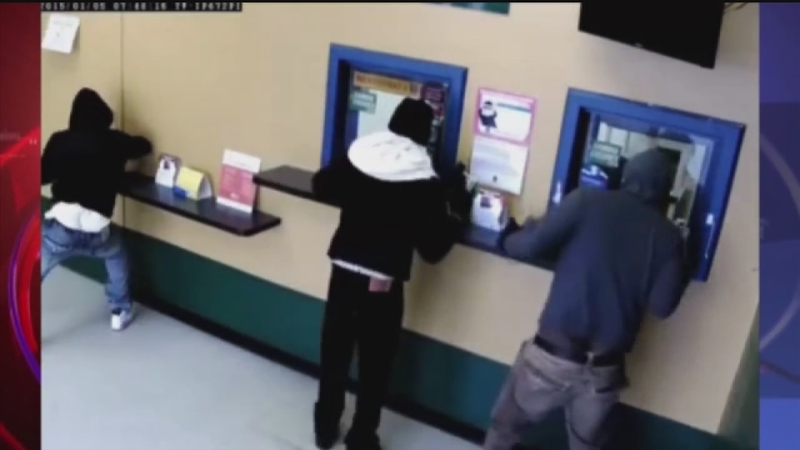 Police hope you can help them find brazen robbers

HOUSTON (KTRK) -- Police are looking for a group of men behind at least four robberies at check cashing businesses in southwest Houston.

The crooks are armed with guns, and in at least two cases they opened fire in the store. No one was hurt either time.

The suspects are believed to be between 18 and 22 years of age, about 6 feet tall and weigh between 160 to 190 pounds. One suspect was seen wearing white and black gloves and Air Jordan 6 Promised Land basketball sneakers. All of the suspects left the scene in stolen Dodge vehicles which were later recovered.

The robberies happened at the following locations:

Anyone who recognizes the suspects is urged to contact the HPD Robbery Division at 713-308-0900 or Crime Stoppers at 713-222-TIPS.
Related topics:
houstonrobberycaught on camerasurveillance video
Copyright © 2021 KTRK-TV. All Rights Reserved.
More Videos
From CNN Newsource affiliates
TOP STORIES