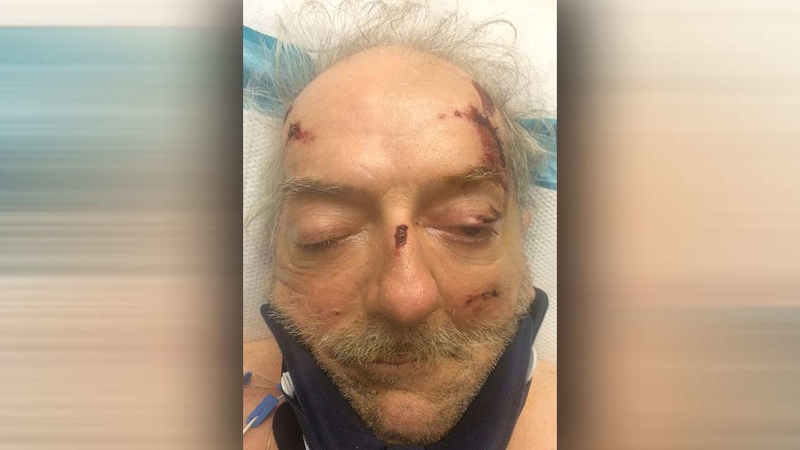 HOUSTON (KTRK) -- Doctors at Memorial Hermann Hospital want to find the family of a man who was hit by a car in southwest Houston just days before Thanksgiving.

He has been at the Texas Trauma Institute at Memorial Hermann since last Tuesday. From the scene where he was hit, to the hospital and until now, we're told he hasn't been able to communicate. So they don't know who he is. And they're hoping someone who sees this story can help them out.

"We have no identification whatsoever on the patient at this time," said Tom Flanagan. "The patient is not able to communicate at this time."

That John Doe was hit by a truck in the 8000 block of Bellaire two days before Thanksgiving. Houston police say he was crossing in a dark area of the road with no crosswalk when that truck hit him. The driver stopped and kept other cars from hitting him. He was taken by ambulance to Memorial Hermann.

"What we can tell you is he is a male, appears to be in his early 70s, blue eyes, silver hair, and I believe a mustache," Memorial Hermann's Vice President and Chief Operating Officer told us.

Tom Flanagan says doctors need to find this man's family so they can know who they're treating and how to do it.

There's also a human interest in finding his family.

"We don't like patients that are by themselves and can't communicate and advocate for themselves," Flanagan said.

The man is in critical, but stable condition. Doctors are hoping that family comes forward so they can give him the best treatment possible.