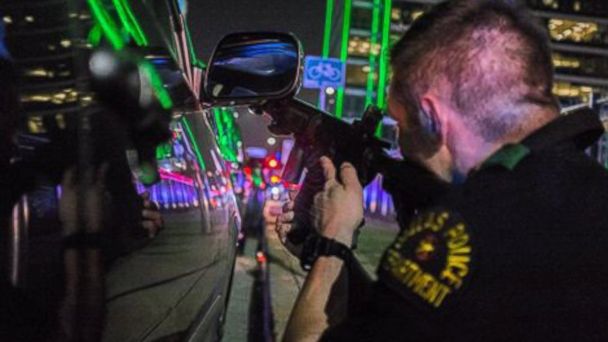 Freelance photographer Robert Moore spent more than two hours crouched behind a rifle-wielding police officer next to a parked car when gunfire erupted at a Black Lives Matter protest Thursday night in Dallas.

The officer, whom Moore didn't name out of respect for his privacy, shielded the local photographer as pops of high-powered ammunition echoed across the night sky. The ambush-style attack left five law enforcement officers dead.

"I've never been in a situation where one of the people was serving me so directly and watching out for me," Moore told ABC News today. "How do you thank somebody like that?"

The officer continued to protect Moore when it was safe to leave, instructing the photographer to stand behind him as they slowly backed out.

Moore captured the moment while he was pinned against the car with the Dallas police officer.