KTRK
HOUSTON (KTRK) -- A couple on their way to a choir concert at Brookside Intermediate School in Friendswood was struck by tragedy Wednesday night.

The accident happened just before 7pm Wednesday in the 3500 block of FM 528. According to the police, the duo was trying to cross the street when they were struck by a vehicle driving westbound.

Lina Kuehn Owen, 66, and Larry Wayne Owen, 64, of Clear Lake, were struck. Lina Owen was pronounced dead at the scene. Larry Owen died at the hospital from his injuries suffered in the accident.

Today would have been the couple's 46th wedding anniversary, a family member told abc13.

According to police, Daniel Jason Hoyle, 21, of Webster, was driving west in the innermost lane of FM 528 (next to the center turn lane) when he hit the two pedestrians who, witnesses say, were standing in the main roadway. Hoyle stopped his maroon Honda Accord, remained on scene, and has cooperated fully with the investigation. No charges have been filed at this time.

A Clear Creek ISD spokesperson says the Owens were relatives of a sixth grade student at Brookside. Counselors are on hand at the school to help students cope with the accident.

Friendswood police say FM 528 has become the city's most dangerous roadway for pedestrians. On March 29, 2011, a woman was struck while walking in the roadway in the 1700 block of FM 528. In 2013, a woman was killed when she was struck by a vehicle, also in the 1700 block of FM 528. Last year, 2015, there were two fatal auto-pedestrian accidents on W. Parkwood (FM 528) between the 2400 and 2600 blocks. One victim was struck crossing the roadway and the other while walking near the shoulder of the roadway. All of these fatal accidents occurred at night and darkness was a factor.

"They were amazing extremely generous extremely loving," said Renee Vandelinder, said the granddaughter of the couple.

Vandelinder was still in shock Thursday afternoon. She said she tried to get to her grandfather but he passed away at the hospital.

"I'm going to miss just getting to see them and make jokes with them," she said.

The couple was struck and killed in Friendswood Wednesday night on FM 528 in front of Brookside Intermediate school. They were attempting to cross the busy road and make it on time to a choir concert.

"My life will be very very empty without Lina," said a dear friend of the victim who only wanted to go by the name Rebecca.

Rebecca knew Lina for more than 35 years. They were best friends and last saw each other hours before the deadly accident.

However, the couple is not the first to be killed on this stretch of road. According to Friendswood police, FM 528 is the most dangerous roadway for pedestrians. Since 2011, 4 people have died crossing or walking on the shoulder. The last two fatalities happened last year.

"They were the most amazing people I've had the fortune of knowing," said Vandelinder.

The Owens were well known in the community and were very active with the Clear Lake Church of Christ. Lina's best friend tells me this tragedy reminds her how easy it is to lose those you care about the most.

"You never know, reach out to those you love and tell them you love them," she said. 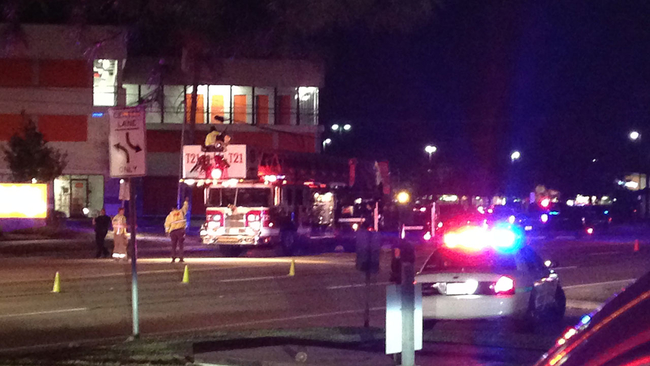