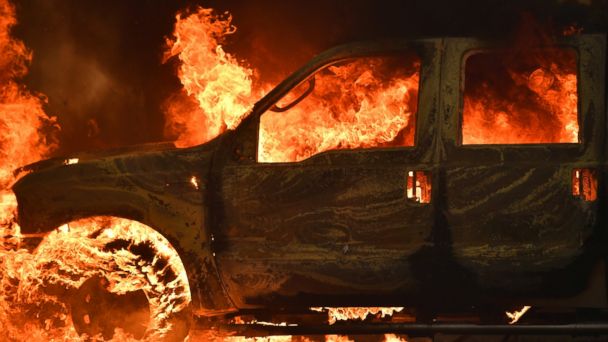 Entire streets have been reduced to smoldering rubble, and more than 100 buildings and other structures have been destroyed, as a Northern California wildfire continues to spread.

The fire about 110 miles north of San Francisco has so far spread to 3,000 acres and is 5 percent contained, officials said.

The blaze on Sunday swept into Lower Lake, a town of about 1,200 people, according to The Associated Press, where it burned buildings including a post office, a Habitat for Humanity office and a winery.

Thousands of people have been evacuated since the fire began Saturday, according to the Associated Press. The cause is under investigation.