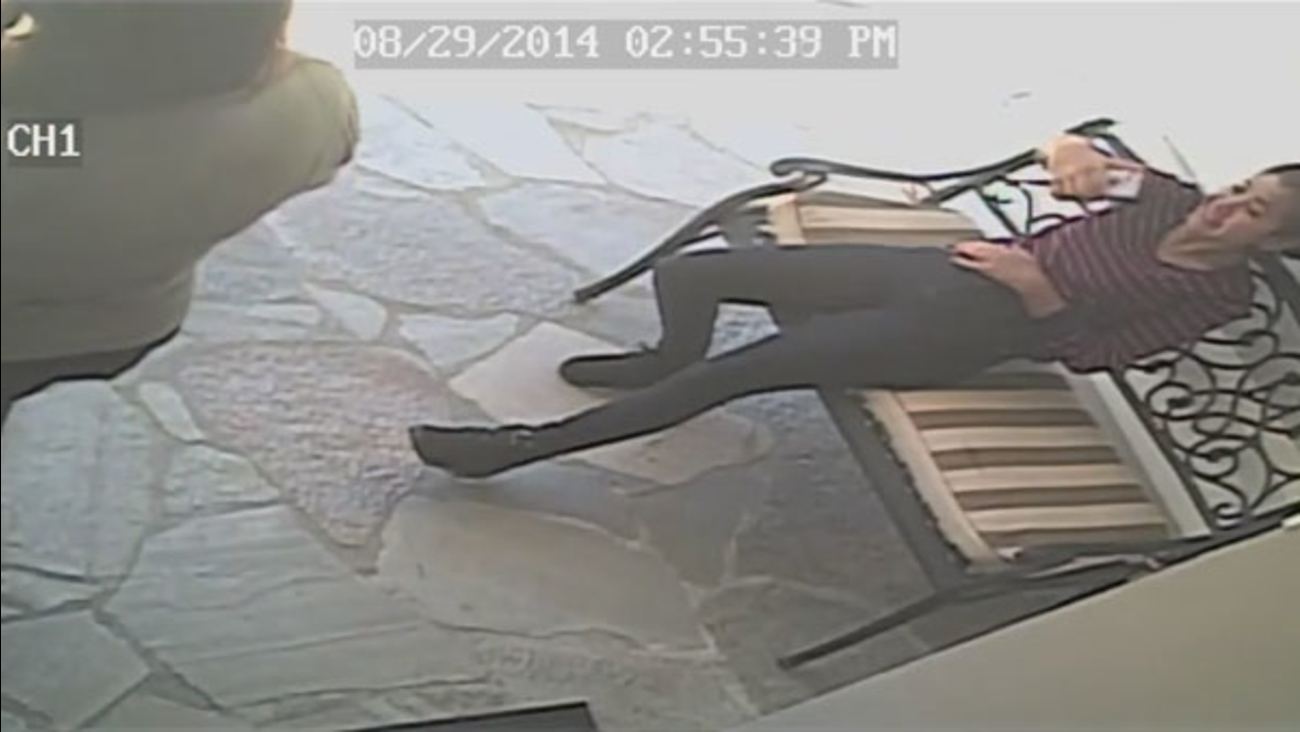 A burglary suspect is seen in surveillance video taking a selfie outside a Bel Air home on Aug. 29, 2014.

LOS ANGELES, CA -- Police in California are trying to track down five Bel Air burglary suspects, one of whom was caught taking a selfie on surveillance video.

Authorities say the burglary happened on Aug. 29 at about 3pm. Multiple suspects entered the home in the 15000 block of Hamner Drive by smashing a window to the master bedroom.

Police say the suspects took an unspecified amount of cash, electronics and US passports.

The suspects may also be responsible for several other burglaries in the area, according to the LAPD.

The suspects were described as follows:

The suspects' vehicle was described as a white Buick Enclave.