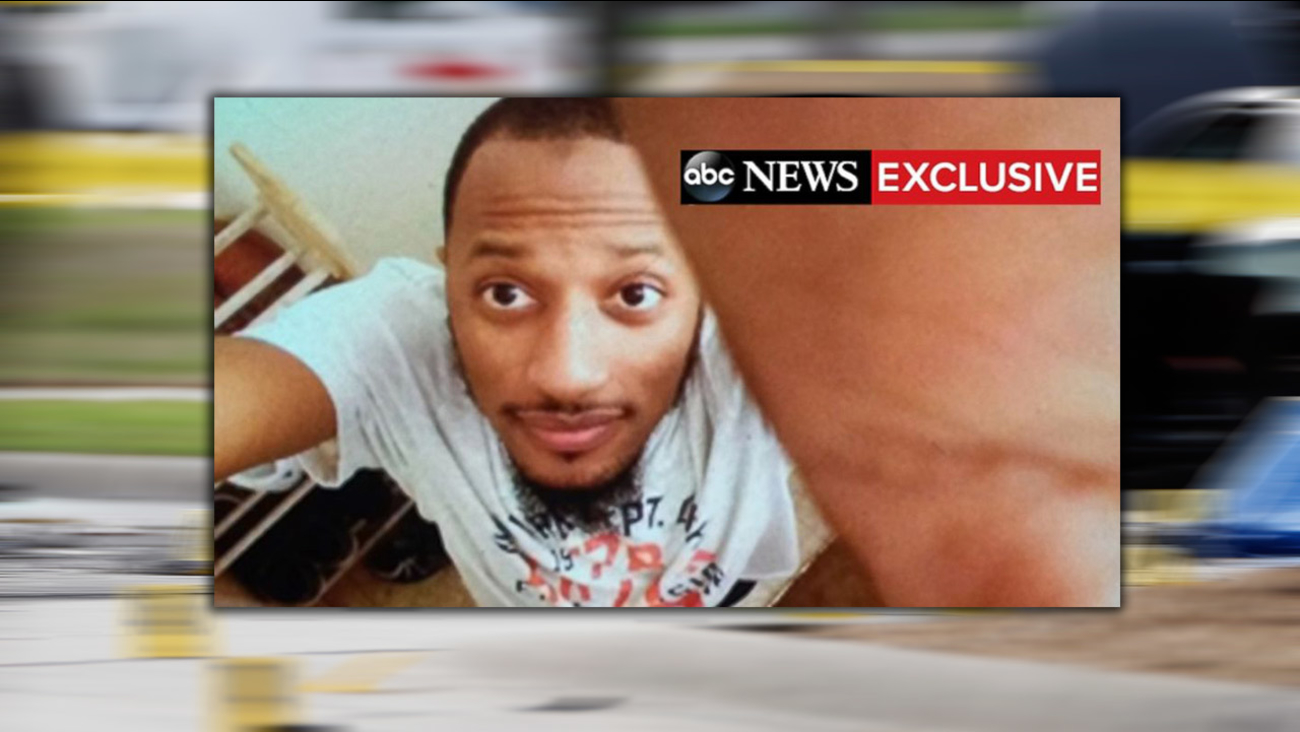 This is Elton Simpson, one of the two men police say two men opened fire outside a cartoon contest of the Prophet Mohammed in Garland, TX.

WASHINGTON -- The target of a federal terror investigation was one of two suspects in a shooting at a Texas cartoon contest featuring images of the Muslim Prophet Muhammad, and the Islamic State group on Tuesday claimed responsibility for the attack.

An audio statement on the extremist group's Al Bayan radio station said "two soldiers of the caliphate" carried out Sunday's attack in the Dallas suburb of Garland. It did not provide details and it was unclear whether the group was opportunistically claiming the attack as its own.

It was the first time that IS, which frequently calls for attacks against the West, had claimed responsibility for one in the United States.

The gunmen, whom federal officials identified as Elton Simpson and Nadir Soofi, wounded a security officer before they were shot and killed at the scene. The officials spoke on condition of anonymity because they were not authorized to discuss the investigation by name.

The deliberately provocative cartoon contest had been expected to draw outrage from the Muslim community. According to mainstream Islamic tradition, any physical depiction of the Prophet Muhammad - even a respectful one - is considered blasphemous, and drawings similar to those featured at the Texas event have sparked violence around the world.

Simpson and Soofi were wearing body armor, and one shot the security officer in the leg. Garland police spokesman Joe Harn said Monday that a single Garland police officer subdued the two gunmen but that after his initial shots, SWAT officers nearby also fired at the two men. Harn said police don't know who fired the lethal shots.

The security officer was treated at a hospital and released.

Homeland Security Secretary Jeh Johnson said in a statement that authorities were investigating the men's motives and all circumstances surrounding the attack.

Simpson, of Phoenix, was arrested in 2010 after a four-year-long terror investigation. But despite an investigation that involved more than 1,500 hours of recorded conversations, including Simpson's discussions about fighting nonbelievers for Allah and plans to link up with "brothers" in Somalia, the government prosecuted him on only one minor charge - lying to a federal agent. He faced three years of probation and $600 in fines and court fees.

Simpson, described as quiet and devout, had been on the radar of law enforcement because of his social media presence, but authorities did not have an indication he was plotting an attack, said one federal official familiar with the investigation.

In a statement released late Monday by Phoenix law firm Osborn Maledon, Simpson's family said it is "struggling to understand" how the incident happened.

"We are sure many people in this country are curious to know if we had any idea of Elton's plans," the statement says. "To that we say, without question, we did not."

The statement also says the family is "heartbroken and in a state of deep shock" and sends prayers to everyone affected by this "act of senseless violence."

Simpson had worshipped at the Islamic Community Center of Phoenix for about a decade, but he quit showing up over the past two or three months, the president of the mosque told The Associated Press.

A convert to Islam, Simpson first attracted the FBI's attention in 2006 because of his ties to a former U.S. Navy sailor who had been arrested in Phoenix and was ultimately convicted of terrorism-related charges, according to court records.

In the fall of that year, the FBI asked one of its informants, Dabla Deng, a Sudanese immigrant, to befriend Simpson and ask for advice about Islam.

Over the next few years, Deng would tape his conversations with Simpson with a hidden recording device accumulating more than 1,500 hours of conversations, according to court records.

In court, prosecutors presented only 17 minutes and 31 seconds during Simpson's trial, according to court documents.

"I have to say that I felt like these charges were completely trumped up, that they were just trying to cover up what had been a very long and expensive investigation and they just couldn't leave without some sort of charges," Simpson's attorney, Kristina Sitton, said.

Sitton described Simpson as so devout that he would not even shake her hand and would sometimes interrupt their legal meetings so he could pray. She said she had no indication that he was capable of violence and assumed he just "snapped."

Less was known about Soofi, who appeared to have never been prosecuted in federal court, according to a search of court records.

Sharon Soofi, his mother, who now lives in a small town southwest of Houston, told The Dallas Morning News she had no idea he would turn to violence.

She said her son was "raised in a normal American fashion" and "was very politically involved with the Middle East. Just aware of what's going on."

"I don't know if something snapped," she said.

She told the newspaper Soofi put his son "above everything."

"The hard thing is to comprehend is why he would do this and leave an 8-year-old son behind," she said.

A message left on Sharon Soofi's voicemail by The Associated Press was not returned Monday.

Federal agents spent hours on Monday at a Phoenix apartment complex where the men apparently lived. Bob Kieckhaver, one of a number of residents who were evacuated for about nine hours from nearby units, said one of them was quiet, had a beard and wore an Islamic prayer cap. He said the second man was more open and would greet others at the mailboxes. Both men were seen feeding stray cats, Kieckhaver said.

Simpson was quiet, never angry and a regular on the basketball court playing with young members of the mosque, said Usama Shami, president of the Islamic Community Center of Phoenix where Simpson worshipped for years. He asked questions about prayer and marriage and was rattled by the FBI investigation into him years earlier, Shami said.

"I've never seen him angry," Shami said of Simpson. "That's the honest truth. He was always having a grin."