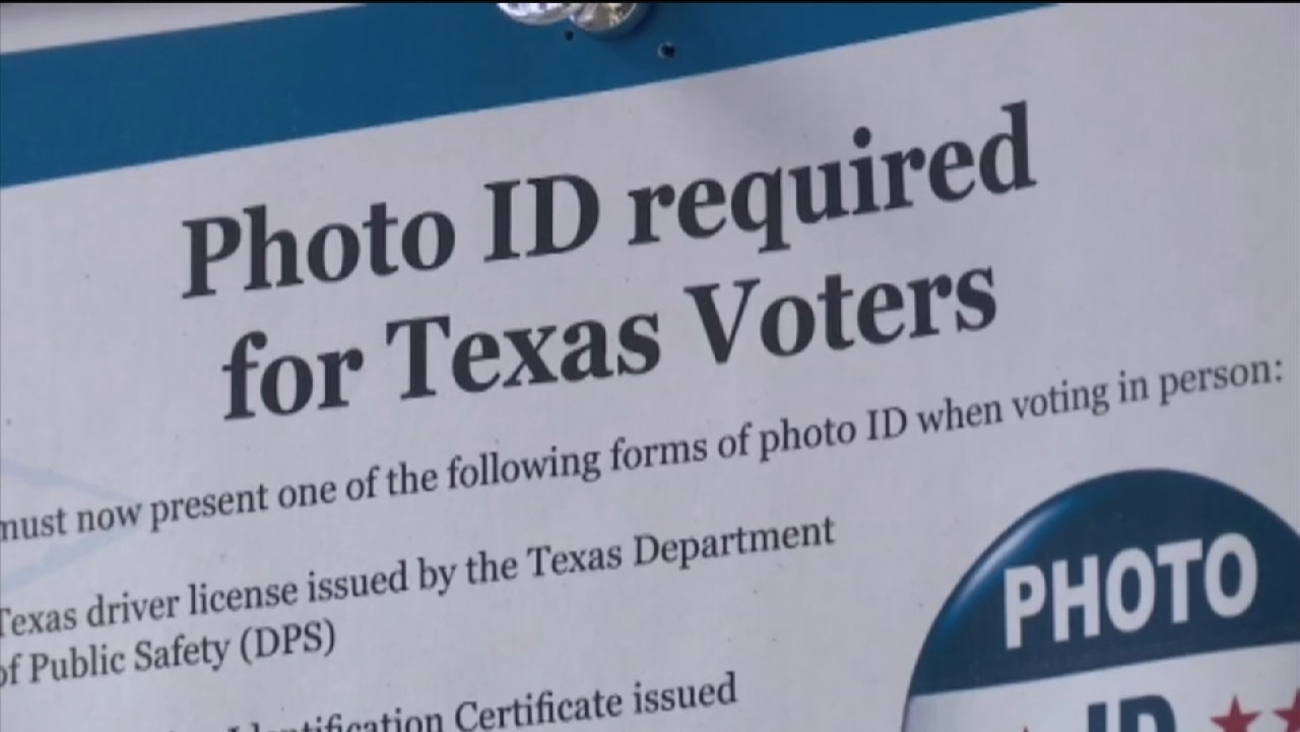 NEW ORLEANS, LA -- A federal appeals court struck down Texas' voter ID law on Wednesday in a victory for President Barack Obama, whose administration took the unusual step of bringing the weight of the U.S. Justice Department to fight a wave of new ballot-box restrictions passed in conservative statehouses.

The 5th U.S. Circuit Court of Appeals ruled that the 2011 Texas law carries a "discriminatory effect" and violates the federal Voting Rights Act - a decision handed down on the eve of the 50th anniversary of the landmark civil rights law.

Texas was allowed to use the voter ID law during the 2014 elections, thereby requiring an estimated 13.6 million registered Texas voters to have a photo ID to cast a ballot.

Although a victory for Democrats and minority rights groups, the decision wasn't as sweeping as a ruling last year by lower court that compared the Texas law to old poll taxes that forced minorities to pay to vote. The New Orleans court disagreed that the law is a poll tax in sending the measure back to a lower court.

Other Republican-controlled states, including Wisconsin and North Carolina, have passed similar voter ID measures in recent years, but the Texas law signed by then-Gov. Rick Perry is widely viewed as one of the nation's toughest. It requires one of seven forms of approved identification, a list that included concealed carry licenses but not a college student's university ID.

"Today's ruling is a victory for every Texas voter. Once again, the rule of law agrees with Democrats. The Republican voter ID law is discriminatory," Texas Democratic Party Chairman Gilberto Hinojosa said in a statement.

Texas Republican Gov. Greg Abbott signaled that the ruling wouldn't deter the state from fighting to keep the measures in place.

"In light of ongoing voter fraud, it is imperative that Texas has a voter ID law that prevents cheating at the ballot box," Abbott said. "Texas will continue to fight for its voter ID requirement to ensure the integrity of elections in the Lone Star State."

Republican Texas Attorney General Ken Paxton did not immediately comment on the ruling.

Democrats and minority rights advocates had early success in blocking the law. However, after the U.S. Supreme Court struck down the heart of the Voting Rights Act in 2013, the path was cleared for Texas to enforce the new restrictions that supporters say prevent voter fraud.

Section 5, one of the parts of the act that was struck down, had forced certain state and local governments - including Texas - to get pre-clearance from the federal government before change voting laws to ensure they were free of discrimination.

Without that provision to rely on, opponents of the voter ID law had to meet the higher threshold under Section 2 of the Voting Rights Act of proving the law discriminated against minority voters.

The appeals court agreed that the rules disproportionately affected minorities.

"We conclude that the district court did not reversibly err in determining that SB 14 violates Section 2 by disparately impacting minority voters," the court wrote in a 3-0 decision.

The Justice Department had argued that the Texas law would prevent as many as 600,000 voters from casting a ballot because they lacked one of seven forms of approved ID.

Even though a lower court in Corpus Christi, Texas, struck down the law in 2014, it was allowed to remain in effect because the ruling had come so close to the election.

Now the 5th circuit is sending the law back to the Corpus Christi court with the question of whether voter ID was enacted with discriminatory intent.
Related topics:
voter informationvotingtexas newstexasu.s. & world
Copyright © 2021 by The Associated Press. All Rights Reserved.
More Videos
From CNN Newsource affiliates
TOP STORIES