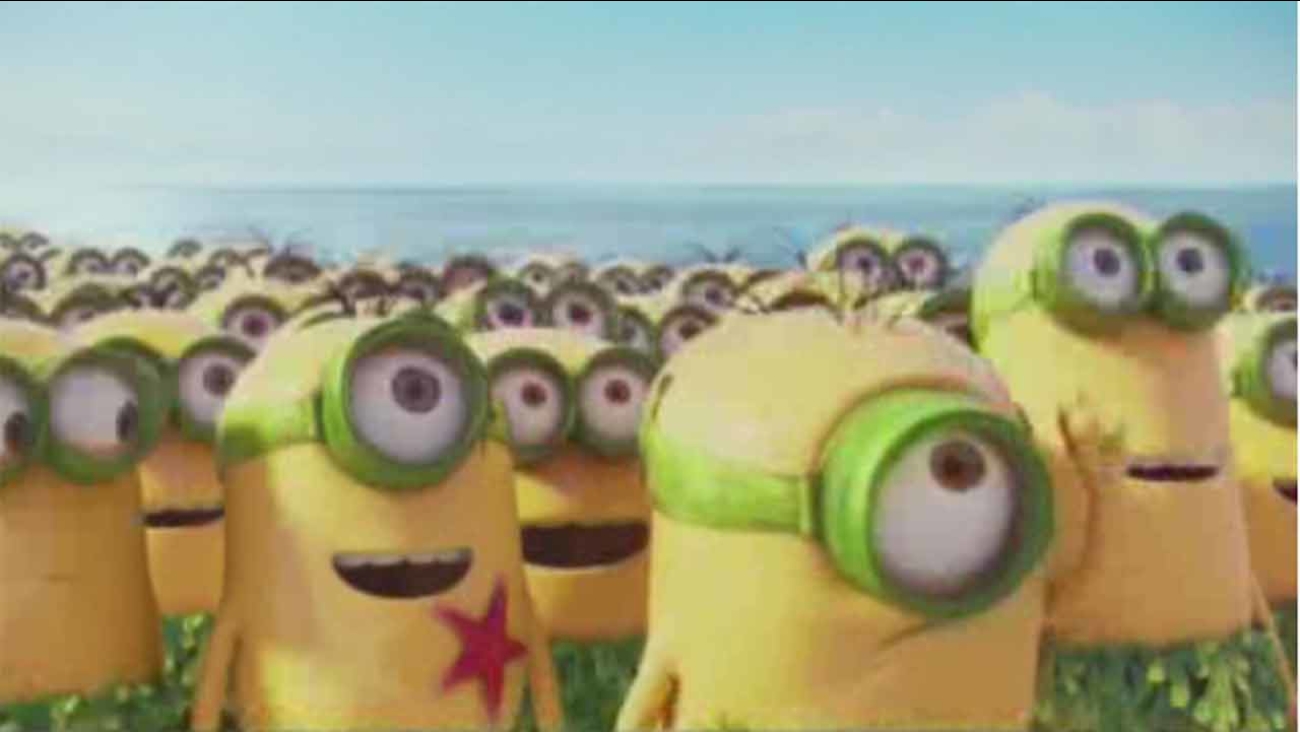 LOS ANGELES, CA -- Universal's "Minions" overran the box office over the weekend as audiences in the U.S. and Canada shelled out an estimated $115.2 million to see the evil-master-serving horde frolic on the big screen.

It was the second-biggest opening ever for an animated film and an easy win for the sidekicks who took the spotlight after playing supporting roles in two previous "Despicable Me" movies. The bright, babbling baldies have become key characters in the franchise from Universal's Illumination Entertainment.

Directed by Peter Coffin, who co-directed both "Despicable Me" movies and voices the Minions, the movie easily beat "Jurassic World," another Universal picture that grossed $18.1 million in its fifth weekend after release, according to box office tracker Rentrak.

Disney's "Inside Out" ranked third with $17.1 million in its fourth weekend.

"Minions" was a hit overseas as well, taking the No. 1 spot in 29 of the 30 other countries in which it debuted over the weekend, including Mexico, Russia, France and Venezuela. Internationally, the movie has grossed $280.5 million so far.

"Given that they seek to work for the most evil people on the planet, they give off this incredible happiness," said Duncan Clark, Universal's president of international distribution. "I think the quality they're proving to have is a common denominator appeal across all cultures."

Paul Dergarabedian, Rentrak's senior media analyst, said the Minions captured most of the buzz among "Despicable Me" fans from the start.

"It's always been about these crazy, irreverent, funny characters," Dergarabedian said.

Other studios have created successful spinoffs, such as DreamWorks' "Shrek" side story from 2011, "Puss in Boots." There are also the multi-layered spinoffs in Disney's Marvel universe, including "Ant-Man," which opens next weekend.

"It seems like a foregone conclusion there will be more 'Minions' because of the millions they made," Dergarabedian said.

Universal is planning to unleash "Despicable Me 3" in the summer of 2017 and plans a gaggle of other films by Illumination Entertainment. Led by founder and CEO Chris Meledandri, the animated movie studio has become one of Hollywood's most successful.

Ahead of "Minions," Universal showed a trailer from a release for next summer, "The Secret Life of Pets," which explores what pets do when their owners leave them at home unattended. It's also planning to release a holiday 2017 version of Dr. Seuss' "Grinch."

"They're very heartwarming, they're very charming. You think of Gru (the villain from 'Despicable Me') - even a villain has a huge heart. I think we're seeing the results of that in the 'Minions' right now," he said.

Other movies debuting in the Top 10 this past weekend were "The Gallows," an ad-libbed high-school horror movie from Blumhouse Productions, the creator of the "Paranormal Activity" and "Insidious" franchises, and "Self/less," a sci-fi thriller about a near-death billionaire who transmits himself into a younger body.