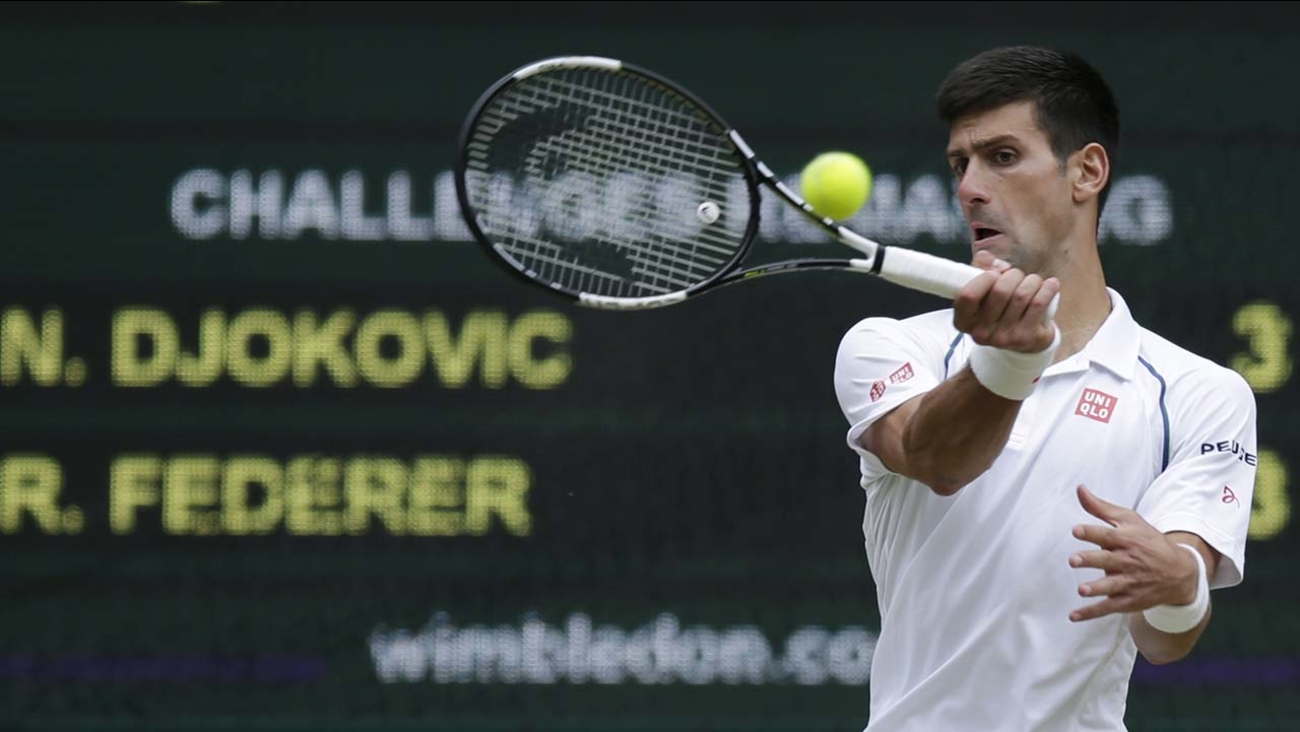 LONDON, England -- Novak Djokovic got the better of Roger Federer at Wimbledon again.

In winning the 40th career matchup between two of the greats of the game, Djokovic prevented Federer from winning a record eighth Wimbledon title.

Djokovic closed out the match by breaking Federer for the second time in the fourth set, hitting an inside-out forehand winner into the open court on the final point. He pumped his arms and screamed, then bent down, plucked some grass from Centre Court and put it his mouth - just as he did when he won his first title in 2011 and again last year.