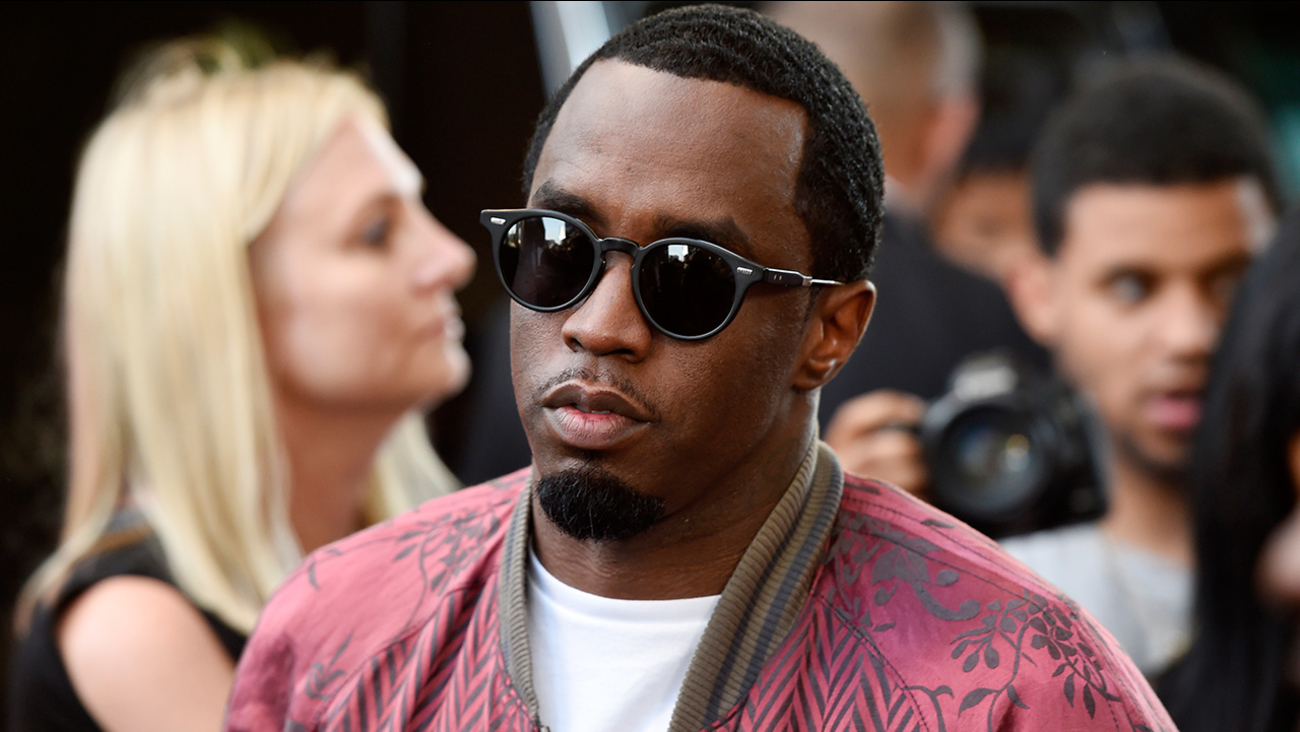 Sean Combs, the co-executive producer of "Dope," arrives at the premiere of the film at the Los Angeles Film Festival on Monday, June 8, 2015, in Los Angeles. (Chris Pizzello)

LOS ANGELES, CA -- Hip-hop music mogul Diddy was released from jail after an alleged assault with a weight-room kettlebell at the athletic facilities of UCLA, where his son is on the football team, police said.

Officials did not identify the victim of the assault or say what led to it. No one was seriously injured, campus police said in a statement.

The jail records show that Combs' bail was $160,000, but sheriff's officials reached by phone said he posted $50,000. The reason for the discrepancy wasn't clear.

Combs' son Justin Combs is a redshirt junior defensive back on the UCLA football team, which has been working out on campus. He has played in just a handful of games in his three years with the team.

The son of another major rap star also plays football for the Bruins. Snoop Dogg's son Cordell Broadus is a wide receiver who signed with the team this year.

Football coach Jim Mora thanked his staff for their professionalism in handling the situation.

"This is an unfortunate incident for all parties involved," Mora said in the statement from campus police. "While UCPD continues to review this matter, we will let the legal process run its course and refrain from further comment at this time."

Combs' representatives did not immediately respond to requests for details or comment.

The arrest, first reported by TMZ, is the latest of several allegations of violence by Combs.

He was acquitted of bribery and weapons-related charges in connection with a 1999 shooting at a New York nightclub. A jury cleared Combs of firing a weapon during the dispute that wounded three bystanders, as well as bribing his chauffeur to take the rap.

Combs was arrested in 1999 for his involvement in the beating of former Interscope executive Steve Stoute in New York. Combs apologized, the charges were reduced, and he was ordered to attend an anger management class.

Combs and Stoute have since mended their relationship, appearing on stage together at Cannes in 2013.

Earlier this year, an Arizona man accused Combs of punching him in the face at a Super Bowl party. Combs was not arrested.