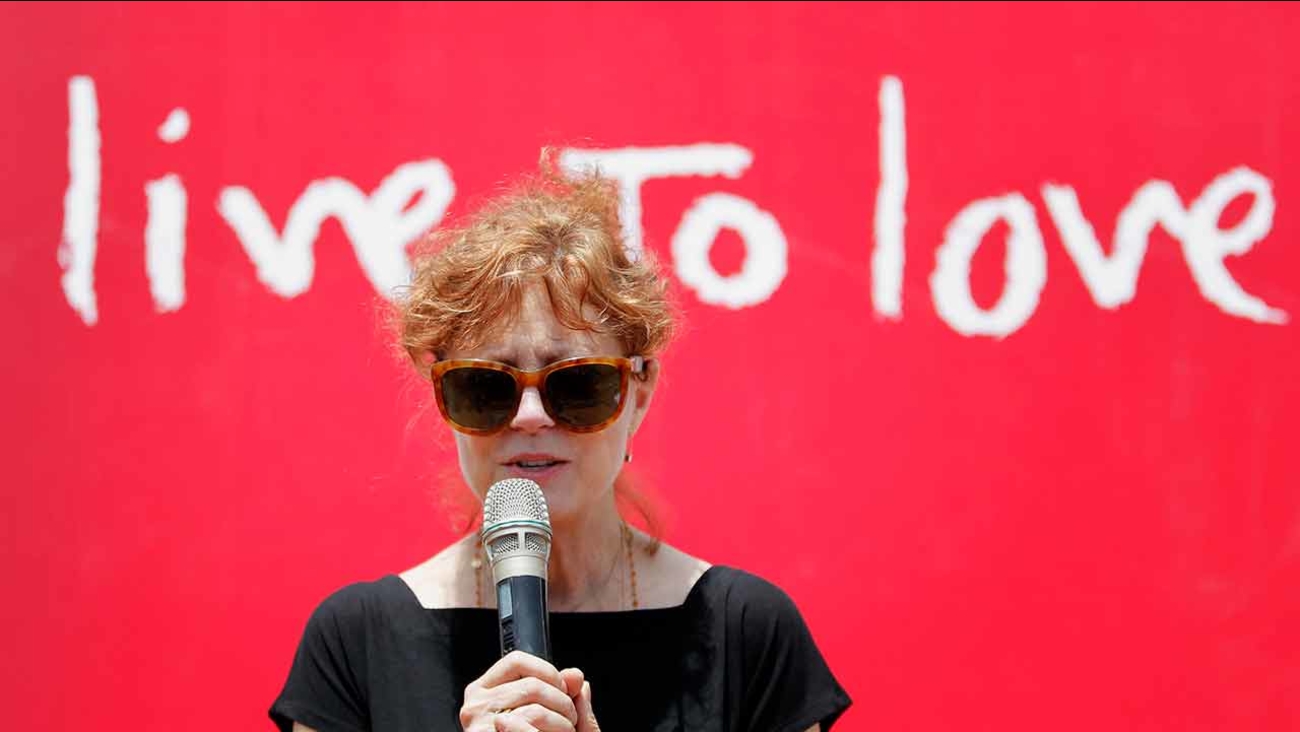 KALLABARI, Nepal -- Oscar-winning Hollywood actress Susan Sarandon is urging tourists to come to Nepal, where two powerful earthquakes in the last month killed thousands of people and made several hundreds of thousands homeless.

Sarandon is in Nepal for five days, staying with the famed Kung-fu nuns in a Buddhist monastery and later in an orphanage that was damaged in one of the quakes.

She said people should make reservations to come to Nepal after the rainy season ends in September to help people in the Himalayan nation recover from the disasters.