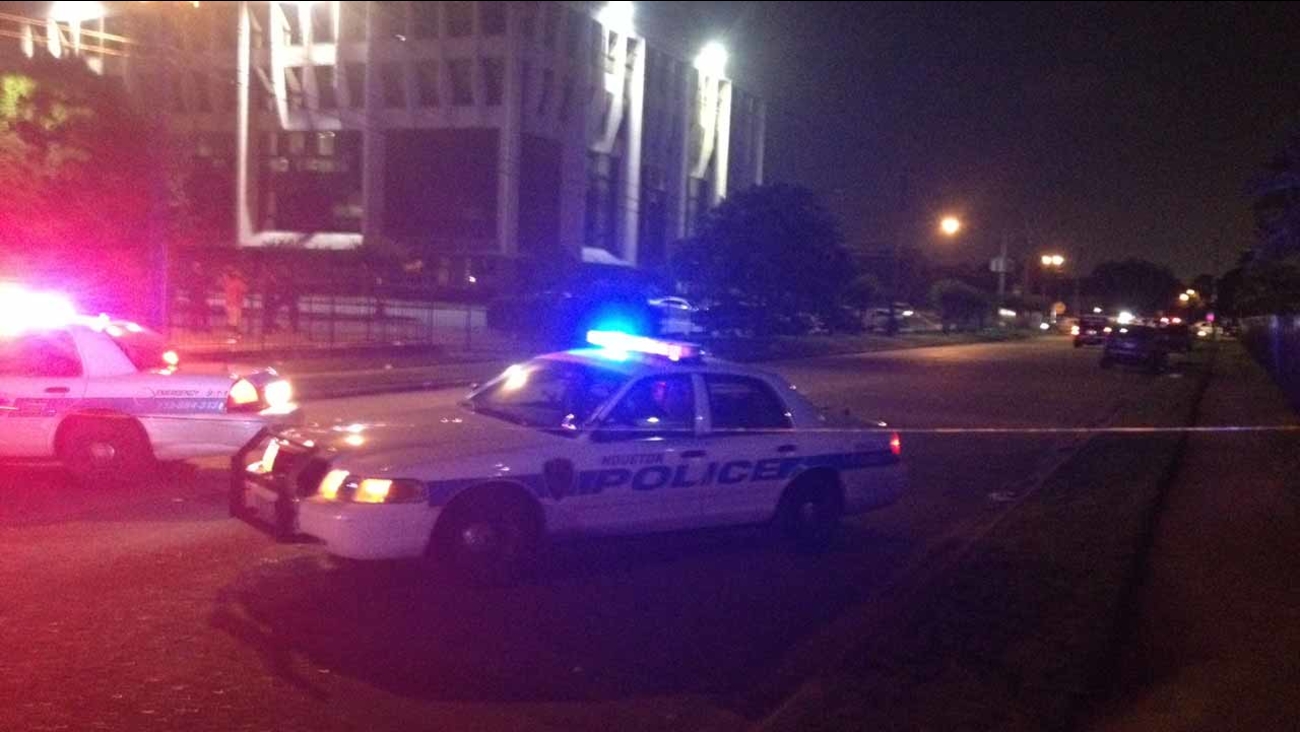 HOUSTON (KTRK) -- A man is dead and a woman is in the hospital after a fight broke out at a pool party in southwest Houston.

Police were called out to an office building parking lot on Fondren near Dumfries around midnight. Authorities tell us about 200 people were at a pool party at a nearby club when members of a rival gang showed up.

Both victims were running away from the scene when they were shot by an unknown suspect. The woman was hit in the leg and is expected to survive.

Authorities are still looking for the gunman.