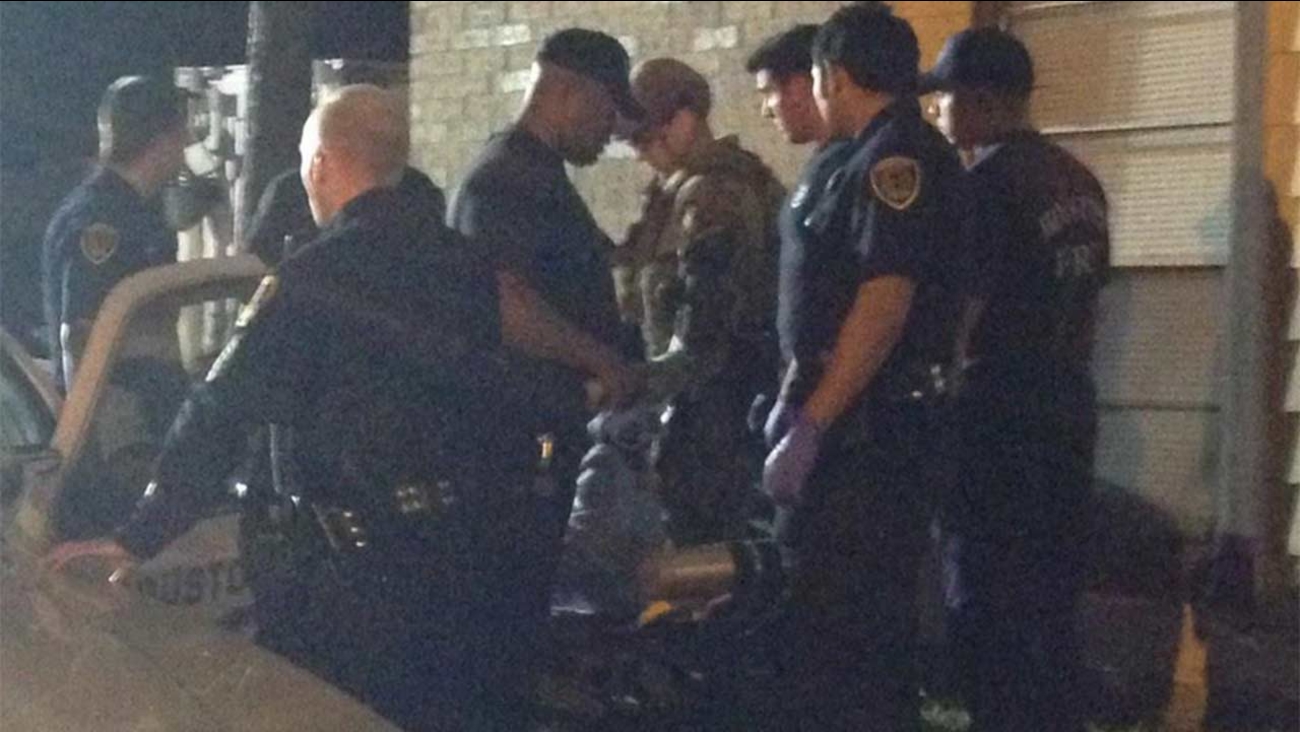 A police standoff ends with man in custody in north Houston. (Angela Chen/ABC-13)

Officers were called to the complex in the 600 block of Rushcreek around 8pm. Police say Reunite Tennard, 28, went to an apartment to visit with someone. Officers say he started doing narcotics, had a bad reaction to the drugs and then began trashing the apartment.

Police sya Tennard broke furniture, the tv set and even hit the friend he came to see.

The friend ran away and called police. Responding officers spotted Tennard acting erratically on balcony. Because they knew he had outstanding warrants and had been known to carry weapons sometimes, they called in the HPD SWAT team.

Tennard told negotiaters he had difficulty opening door, so SWAT broke the door for him. Tennard then went out and surrendered, but not before SWAT officers had to use tasers on him.

Tennard told officers he was using PCP. Charges against him are unknown.