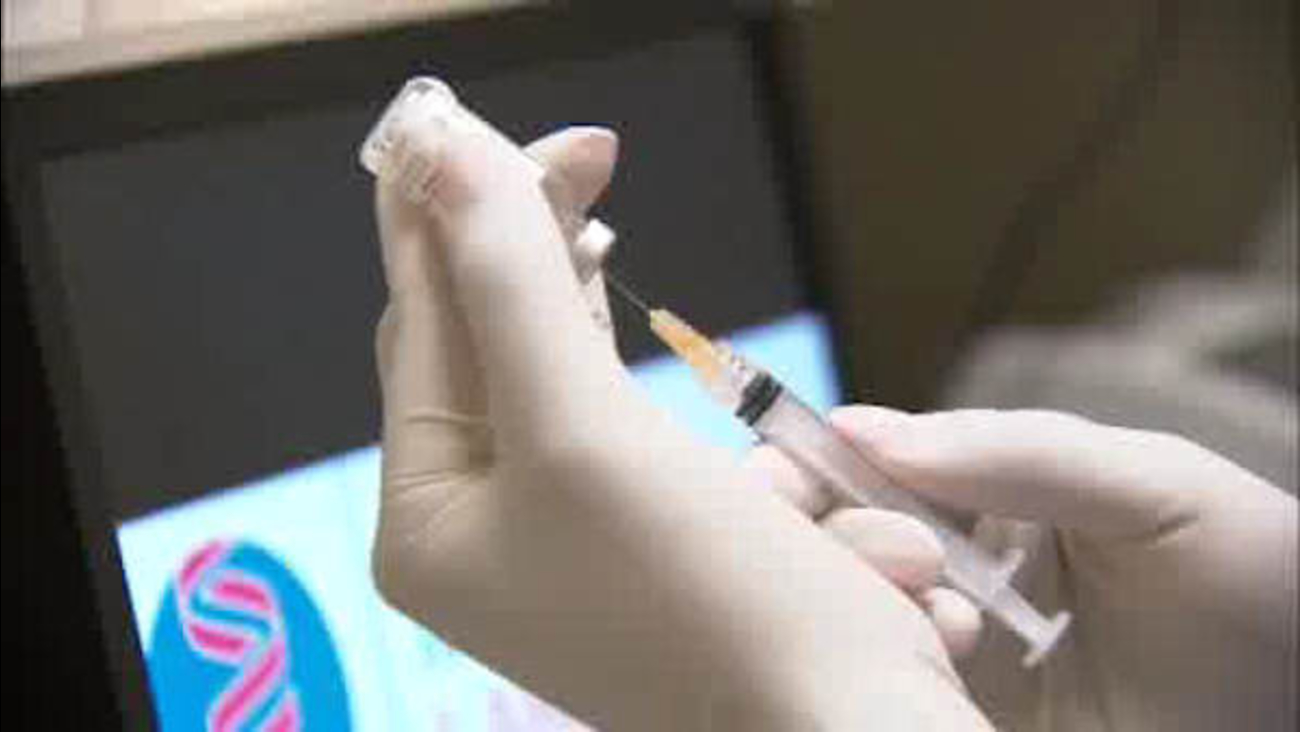 WABC
AP
NEW YORK -- As predicted, this year's flu vaccine is doing a pretty crummy job. It's only 23 percent effective, primarily because it doesn't include the bug that is making most people sick, according to a government study released Thursday.

That's one of the worst performances in the last decade, since U.S. health officials started routinely tracking how well vaccines work. In the best flu seasons, the vaccines were 50 to 60 percent effective.

"This is an uncommon year," said Dr. Alicia Fry, a flu vaccine expert at the Atlanta-based Centers for Disease Control and Prevention, who was involved in the study.

The findings are not surprising. In early December, CDC officials warned the vaccine probably wouldn't work very well because the it isn't well matched to a strain that's been spreading widely.

Each year, the flu vaccine is reformulated, based on experts' best guess at which three or four strains will be the biggest problem. Those decisions are usually made in February, months before the flu season, to give companies that make flu shots and nasal spray vaccine enough time to make enough doses.

But this year's formula didn't include the strain of H3N2 virus that ended up causing about two-thirds of the illnesses this winter. And that strain tends to cause more hospitalizations and deaths, particularly in the elderly, making this a particularly bad winter to have a problem with the flu vaccine.

Indeed, the flu season is shaping up to a bad one. Health officials are comparing it to the nasty flu season two winters ago, and this one may prove to be worse. Hospitalization rates in people 65 and older are higher than they were at the same point in the 2012-2013 season, according to CDC data.

The results from the preliminary study weren't large enough to show how the vaccine is working in each age group, although flu vaccines traditionally don't work as well in elderly people.

The study involved 2,321 people in five states - Michigan, Pennsylvania, Texas, Wisconsin and Washington - who had respiratory illnesses from November to early January. The researchers said vaccinated people had a 23 percent lower chance of winding up at the doctor with the flu.

The CDC began regularly tracking the effectiveness of the flu vaccine during the 2004-2005 season, but the results for the first few years were from smaller studies and are considered less reliable. Over the years, effectiveness has ranged from 47 percent to 60 percent in the last half-dozen years, when studies involved larger numbers of patients.

It's only in those last several years that "we really understand what's really going on" with the flu vaccines, said Dr. Arnold Monto, a University of Michigan flu expert and another author of the study.

CDC officials say people should still get a flu shot this year. Recently, the flu season in the U.S. has peaked in January or February, but people can continue to get sick for months. And they could get infected by the flu strains that were included in this year's version.