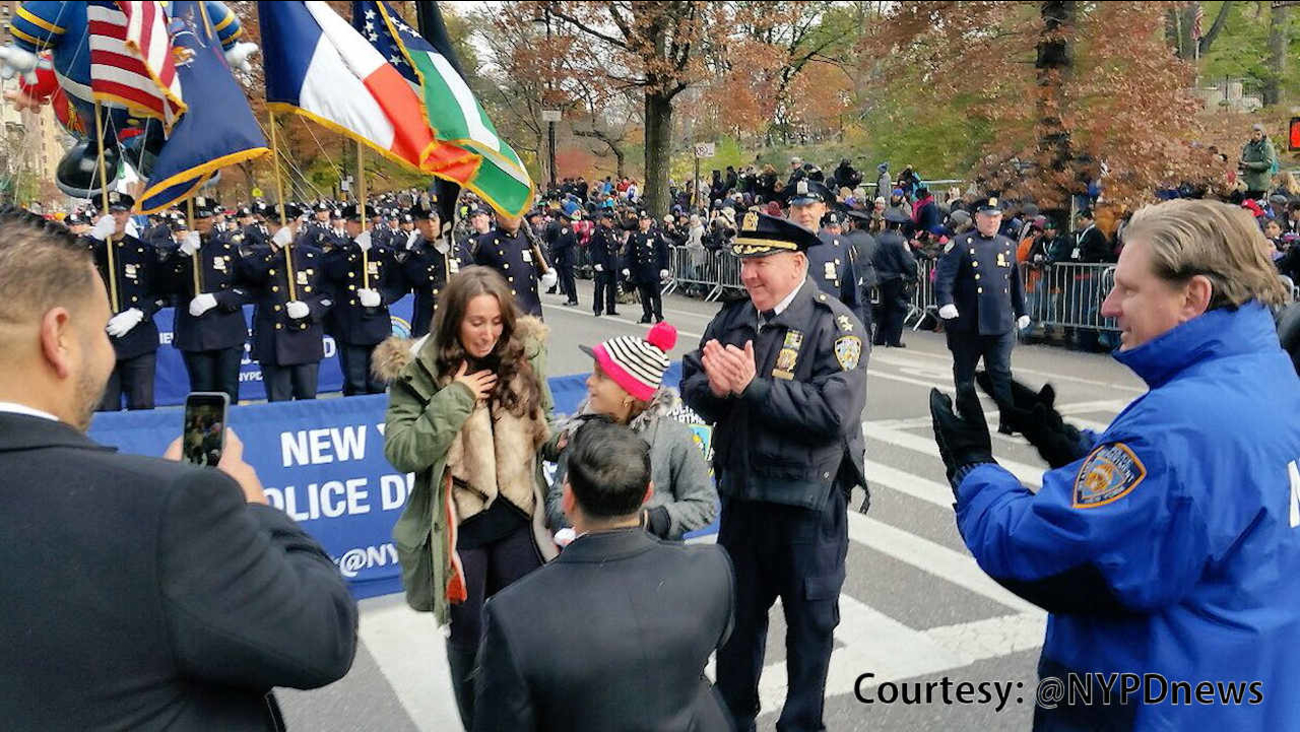 NEW YORK -- Talk about a memorable trip to the Macy's Thanksgiving Day Parade.

The New York Police Department says an officer who was shot on duty last year proposed to his girlfriend at Thursday's parade. And the NYPD says in a tweet, "She said yes!!!"

The NYPD tweeted a photo of the happy moment, which unfolded in front of the NYPD band. The Daily News first reported on the tweet and says Officer Andrew Dossi's family confirms he proposed.

Dossi was shot in the elbow and back while responding to a holdup at a Bronx grocery store in January 2015. A fellow officer was shot in the arm and chest during the encounter.