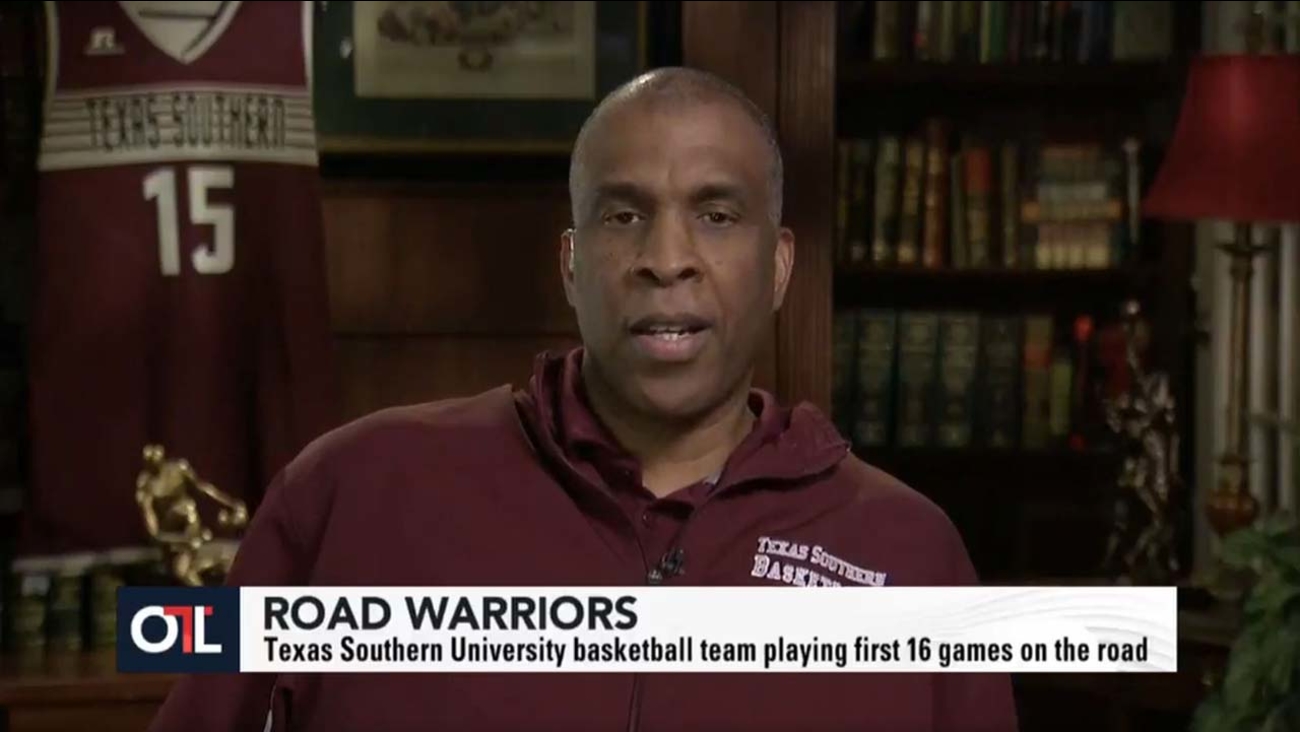 HOUSTON (KTRK) -- Appearing on ESPN's Outside the Lines, Texas Southern men's basketball coach Mike Davis spoke on the issues of playing away from campus and becoming the 'ultimate road warrior.'

"It gives our players an opportunity to go to arenas and play places they would never be able to play," Davis told ESPN's Ryan Smith.

Texas Southern will play its first 16 games on the road. The Tigers will face powerhouse schools including Arizona, Louisville, Cincinnati, LSU and Baylor before beginning Southwestern Athletic Conference (SWAC) play.

.@TSUMBB's first 16 games are on the road this season. Their coach says it's not for the money, but for this reason: pic.twitter.com/ovNru3Q6Y4

"I always tell them (players) a lot of guys want to be a pro, but you don't want to turn pro," Davis added. "So let's go play back-to-back games and see how you feel on that second day."

Under Davis, Texas Southern has made two NCAA tournament appearances.