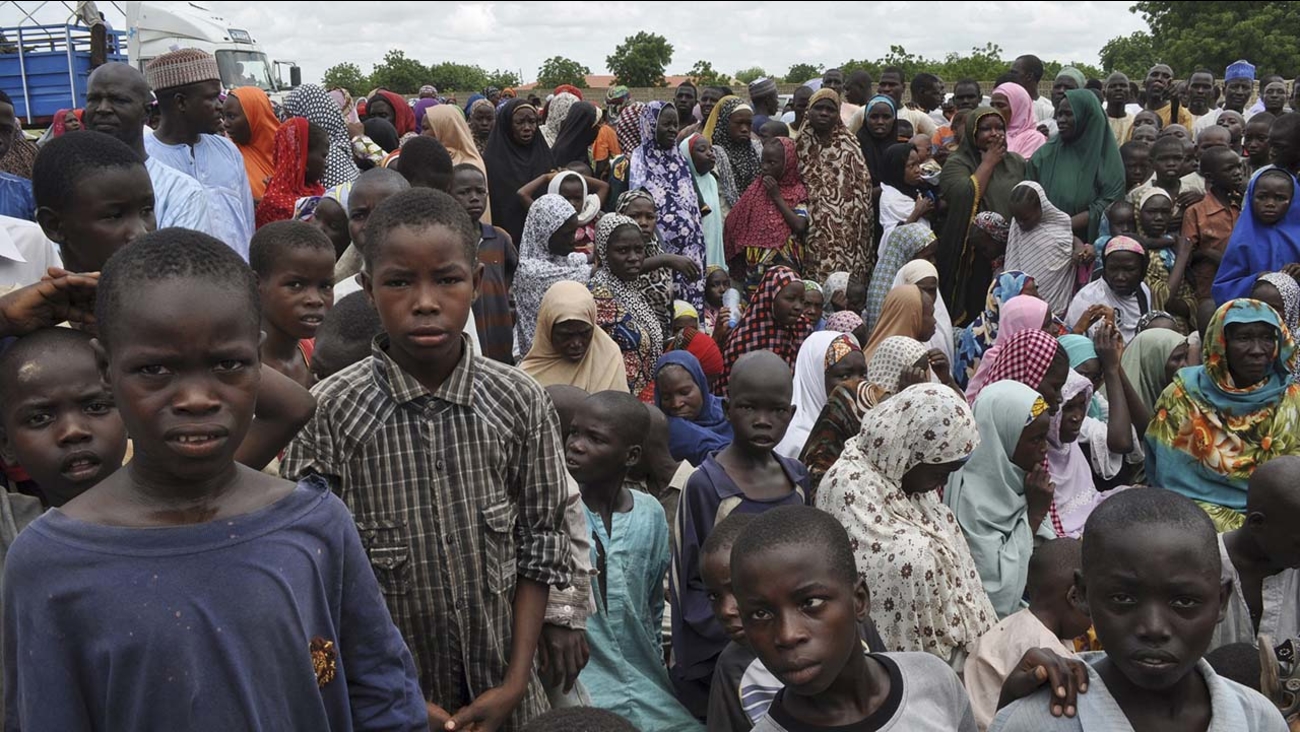 In this Tuesday Sept. 9, 2014 file photo, civilians who fled their homes following an attack by Islamist militants in Bama, take refuge at a school in Maiduguri, Nigeria. (AP Photo/Jossy Ola)

A third woman bomber was arrested and has given officials information about other planned bombings that helped them increase security at the camp, said an official of the Borno State Emergency Management Agency.

Some 78 people are being treated for wounds from the twin explosions that occurred Tuesday morning in a camp of some 50,000 people driven from their homes by the Boko Haram Islamic uprising, according to health workers in Maiduguri, the biggest city in northeastern Nigeria and birthplace of Boko Haram. They spoke on condition of anonymity as did rescue officials who said they were not authorized to speak to reporters.

The emergency management official said 51 bodies were buried Wednesday in Dikwa, the scene of the carnage 85 kilometers (53 miles) northeast of Maiduguri. Health workers said five bodies were brought to the main hospital in Maiduguri. The officials said poor cell phone service delayed news of the attack.

Gov. Midjiyawa Bakari of neighboring Cameroon's Far North province said two suicide bombers believed to have come from Nigeria on Wednesday killed 10 people and injured 40 attending a wake in a border village, including children. Attacks in Chad and Niger also are blamed on Boko Haram.