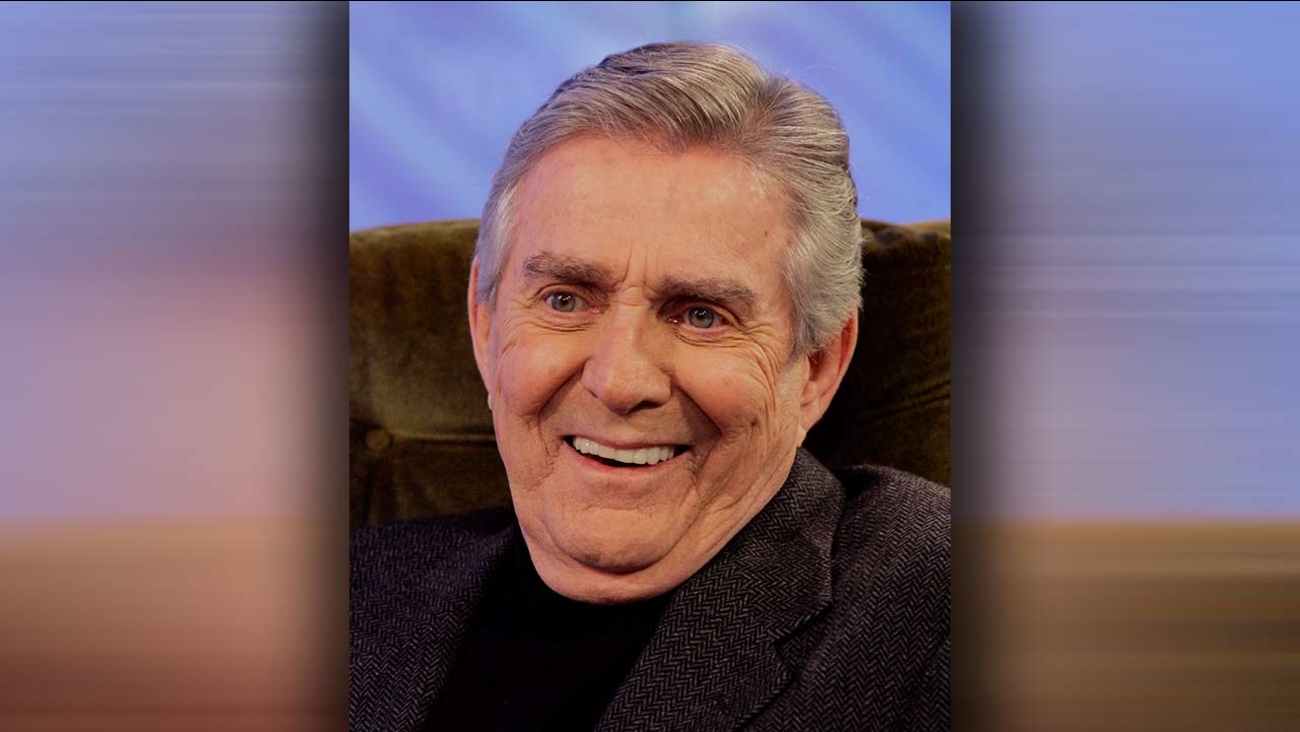 Pat Harrington, of the 1970's sitcom "One Day at a Time, " appears on the the NBC "Today" television program in New York, when the cast was reunited Tuesday Feb. 26, 2008. (AP Photo/Richard Drew)

NEW YORK -- Pat Harrington, Jr., an actor and comedian who in the 1950s got attention as a member of Steve Allen's fabled TV comic troupe but secured lasting fame decades later as Dwayne Schneider, the cocky handyman on the long-running sitcom "One Day at a Time," has died.

Harrington died Wednesday at age 86 in Los Angeles of complications from Alzheimer's disease, according to his manager, Phil Brock.

"One Day at a Time" starred Bonnie Franklin as a divorced mother of two teenage daughters (played by Valerie Bertinelli and Mackenzie Phillips) who returns to her hometown of Indianapolis to begin life anew as a single woman.

In their apartment building, they encountered superintendent Dwayne Schneider, a comically self-styled ladies' man who boasted a trim mustache, a tool belt and a gut pressed against his white T-shirt (enabled by a large intake of water by Harrington before each episode taping to give himself the necessary paunch, he once disclosed).

While Schneider initially was making come-ons to the seemingly available Ann Romano, he soon became her pal and confidante, and a surrogate father to her girls, while winning laughs from viewers for his imagined sex appeal to other women.

With his strong support, the series, from prolific producer Norman Lear, was a hit, airing on CBS from 1975 to 1984. The role brought him an Emmy award in 1984.

Harrington was born in 1929 in New York, the son of Pat Harrington, Sr., a song-and-dance man in vaudeville and on Broadway.

The son displayed a show-biz bent of his own, but more comedy-inclined. In the 1950s, he landed various roles in TV comedy, including a recurring part on the Danny Thomas sitcom, "Make Room for Daddy," and as a sketch comic on "The Steve Allen Plymouth Show."

He also had small roles in films including "Easy Come, Easy Go" starring Elvis Presley and "The Candidate" with Robert Redford.

But his decade on "One Day at a Time," which blended family comedy with themes of emerging women's rights and youth rebellion, sealed his legacy. He managed to make Schneider foolishly macho yet lovable - a traditional man constantly challenged in the feminist age. (Harrington's leading lady, Bonnie Franklin, died in 2013.)

With the end of that series, Harrington kept working, appearing in such series as "Murder, She Wrote" and "Curb Your Enthusiasm." His last role was on TVLand's "Hot in Cleveland" in 2012.
Related topics:
arts & entertainmentcelebrity deaths
Copyright © 2021 by The Associated Press. All Rights Reserved.
More Videos
From CNN Newsource affiliates
TOP STORIES