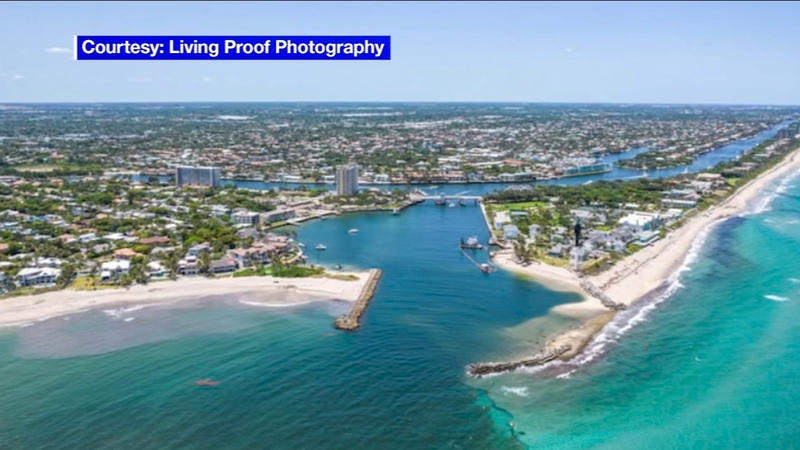 New Yorkers relocating to Florida in droves during pandemic

NEW YORK -- More than 33,500 New Yorkers have moved to Florida in the last 10 months, according to the Florida Department of Highway Safety and Motor Vehicles.

Sara Guando, 34, originally from Long Island, said the COVID-19 pandemic prompted her to make the move to Tampa in February.

"There's so many more things to do outside," Guando said.

Guando said she had always been frustrated by the high cost of living in New York, and the pandemic put her over the edge.

"I don't feel like I'm living paycheck to paycheck as much as I did on Long Island," Guando said.

Guando said her Long Island landlord also moved to Florida, and three people she now works with at the University of Tampa are from New York.

Long Island pet sitter Beth Goldin is moving from her home to Florida in October.

"Taxes are better," Goldin said. "No more winter. I've already given away all my shovels."

South Florida real estate agent Bonnie Heatzig said the end of 2020 was the height of New Yorkers seeking to move to the Sunshine State.

"New York was closed, New Jersey was closed," Heatzig said. "There were people who were saying, 'I really want to come down to Florida. I want to accelerate my plans.'"

Heatzig, who is the Executive Director of Luxury Sales at Douglas Elliman in South Florida, said it's not uncommon for New Yorkers to buy Florida properties sight unseen.

"These are people that are moving down to South Florida to start their life, to put their children in school, to start a new business," Heatzig said. "These people are here to stay."

Heatzig said some New Yorkers who worked remotely from Florida during the pandemic are now deciding to make the southern state their permanent home.

Heatzig said the primary New York buyer in South Florida is from Manhattan, and that many of them are maintaining a second home in the Big Apple.

Martin Melkonian, adjunct associate professor of economics at Hofstra University, said he believes the exodus from New York to Florida will not be permanent for all people.

"There's certain things about New York that are not true of any other part of the country," Melkonian said. "For that reason, I think many of them will rethink their decisions."

Those with the Long Island Association also said they do not believe these moves are permanent and are solely related to the pandemic.

"Although Florida may be touting these numbers as an exodus from New York to the south, there is similar movement within the New York State metro area where people are seeking out the suburbs," the Association said.

The Association said home prices on Long Island continue to rise, exemplifying that people want to move to there, as well.

Guando said, at this point, her move to Florida is permanent.