A 3.1-magnitude earthquake struck New Jersey, according to the U.S. Geological Survey.
WABC 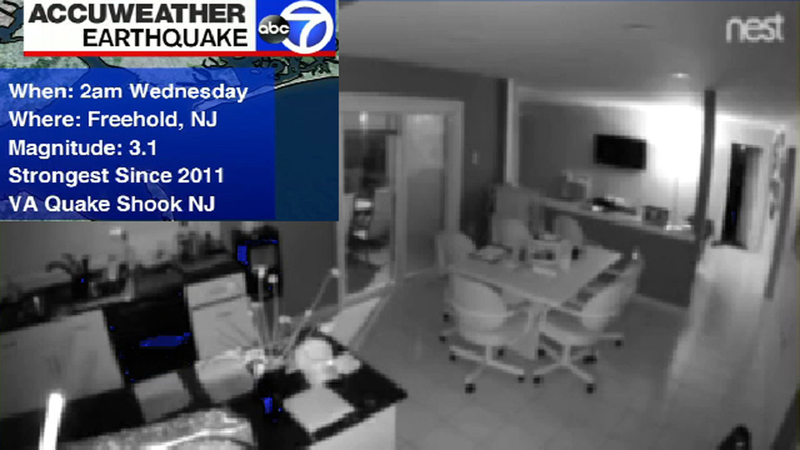 The earthquake was reported Wednesday around 2 a.m. on the East Coast, according to the USGS.

USGS said the temblor was centered 1.25 miles south-southeast of East Freehold. It struck at a depth of 3.1 miles.

Shaking and loud bangs were reported, but no injuries or serious damage were immediately reported. Social media, mostly from central New Jersey residents, reported they thought something hit the house or a low flying plane.

Sam Champion has details on the 3.1 magnitutde temblor felt in many parts of the Tri-State early Wednesday morning.

The quake was felt "in much of central New Jersey," according to the National Weather Service.

The USGS is reporting that a magnitude 3.1 earthquake has struck near the town of East Freehold, New Jersey early this morning. There have been numerous reports of shaking across the state. The latest information from the USGS here: https://t.co/7Oqrj9y05X pic.twitter.com/I62vRqkuo3

The earthquake, although small, is also relatively uncommon in the region. A 3.1 earthquake was reported in a 10 mile radius of Freehold in 1992. On Aug. 23, 2011, a 5.8 magnitude earthquake in central Virginia shook buildings in New Jersey.