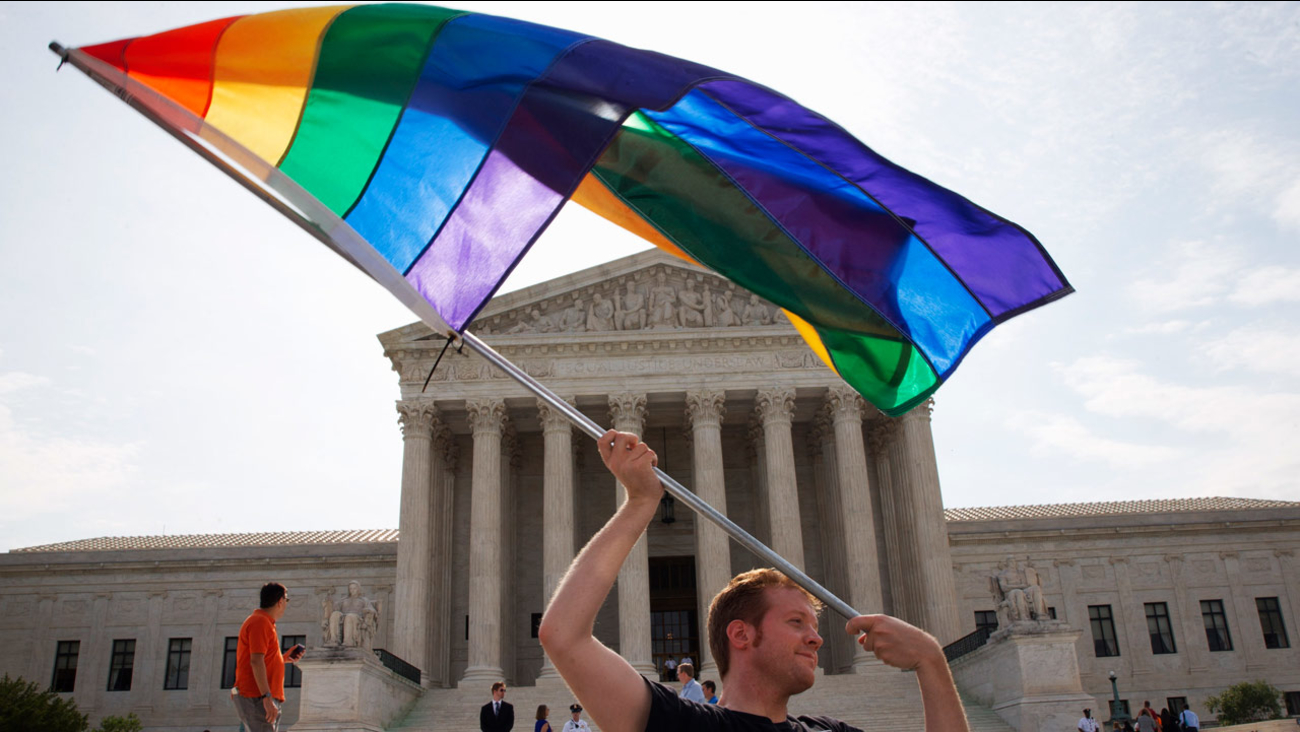 John Becker, 30, of Silver Spring, Md., waves a rainbow flag in support of gay marriage outside of the Supreme Court in Washington, Thursday June 25, 2015.

The Republican rejected the bill on Monday, saying "I have examined the protections that this bill proposes to provide to the faith based community and I can find no examples of any of those circumstances occurring in our state."

Deal added, "I do not think that we have to discriminate against anyone to protect the faith-based community in Georgia."

Republican majorities passed the bill to broadly protect people acting on their religion. It also would have protected clergy who won't perform gay marriages and people who won't attend a wedding for religious reasons.

Churches and affiliated religious groups also could have declined to serve or hire someone based on their faith.

Coca-Cola and other big-name Georgia companies joined the NFL, prominent Hollywood figures and film studios urging Deal to reject the proposal. Some threatened to boycott the state if Deal didn't veto.

Deal said he would signed the bill had it passed in its original form, but he said other versions caused him concern.