Teen possibly kidnapped in her own car in Nevada grew up in the Houston area, family says

Naomi Irion, 18, was last seen on Saturday, March 12, being driven off from a Walmart parking lot in Fernly, Nevada.
KTRK 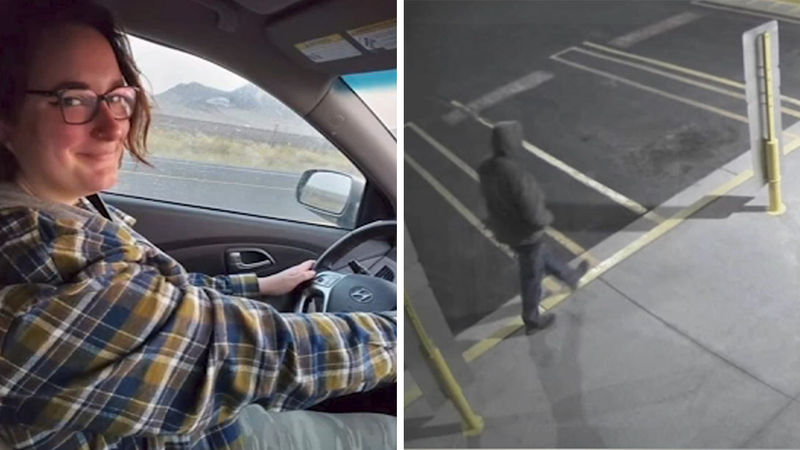 FERNLY, Nevada (KTRK) -- It been almost a week since anyone has seen 18-year-old Naomi Irion.

She is the missing teenager from Nevada who was last seen in security footage being driven off from a Walmart parking lot with an unknown man.

ABC13 spoke with the woman's sister, who says she has ties to the Houston area.

Irion spent more than half of her life in the Houston area. She grew up in Spring and lived there until she was 13.

Naomi Irion, 18, was last seen being driven away from a Walmart parking lot near Reno, Nevada, in her own car, police said.

Now, the search to find her is intensifying after police believe she may have been kidnapped in her own car.

Surveillance video from a Walmart parking lot in Fernley, Nevada -- which is about 30 minutes east of Reno -- captured a man in a hoodie getting into the driver's seat of Irion's car and then leaving with her around 5 a.m. on Saturday, March 12.

Investigators said the surveillance video showed the man walking from a nearby homeless camp and lurking around vehicles before getting in Irion's car.

The video shows that the suspect said or did something to make her move from the driver's side to the passenger side of her car before he drove off with her, investigators said.

The teen's car was later found about two miles away with signs of foul play inside the car, according to investigators.

Irion's sister says she thinks Irion was at the Walmart to catch a shuttle to work. She also said it's unlike her to allow someone to drive her car.

"There's no way to tell if she knows this person or not. I just know that she values her independence so much," Tamara Cartwright said. "I don't believe she would hand over her car to some other person."

The last update from the Lyon County Sheriff's Department is that they're working with the FBI to search an area just north of where Irion disappeared for any evidence that could lead to finding her.