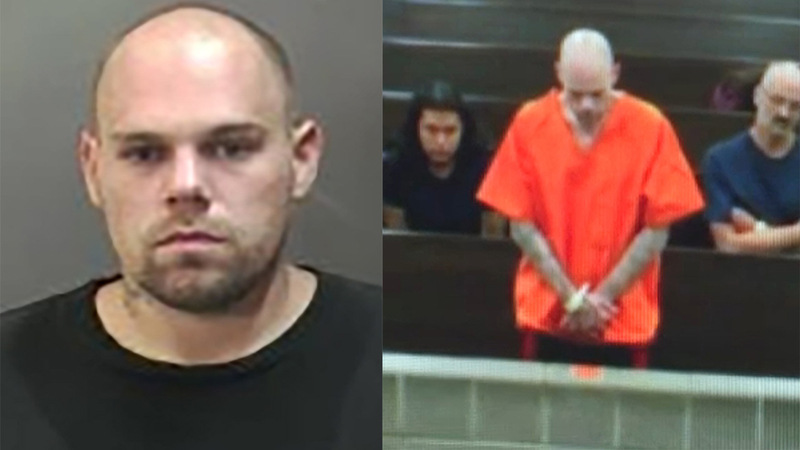 Man accused of killing wife while daughter was inside home

HOUSTON, Texas (KTRK) -- A northeast Harris County man is accused of murdering his wife while their 2-year-old daughter was in their home.

It happened Tuesday shortly before 11:30 a.m. at a home located at 8235 Thompson Rd., just northwest of Baytown.

Rochelle Salazar, 31, was found dead inside the couple's home.

The couple's 2-year-old daughter was also in the house, though investigators say she wasn't hurt.

Salazar's husband, 39-year-old Billy Warford, made his first appearance in court Wednesday morning. Prosecutors stated that the incident began after the couple had an argument earlier in the day.

Warford claims Salazar accused him of having an affair and took his cell phone.

That's when Salazar went to the restroom and somehow retrieved a gun.

The court hearing revealed Warford began demanding he get his phone back when he claims she pointed the gun to his face.

That's when investigators say the couple began to struggle over the pistol when it suddenly went off, striking Salazar in the chest.

It's unclear who the gun belonged to.

Prior to the shooting, prosecutors say while Salazar was away from the home, Warford smoked meth in their garage.

Warford is currently being held without bond. Court records show he has a prior felony charge for burglary.

Warford reportedly lives with his 2-year-old daughter and is also the father of a 15-year-old.

He's been working at a sports bar as a kitchen manager.

RELATED: Pregnant 18-year-old found shot to death in NW Houston motel was days away from birthday

Pregnant woman killed was days away from her birthday