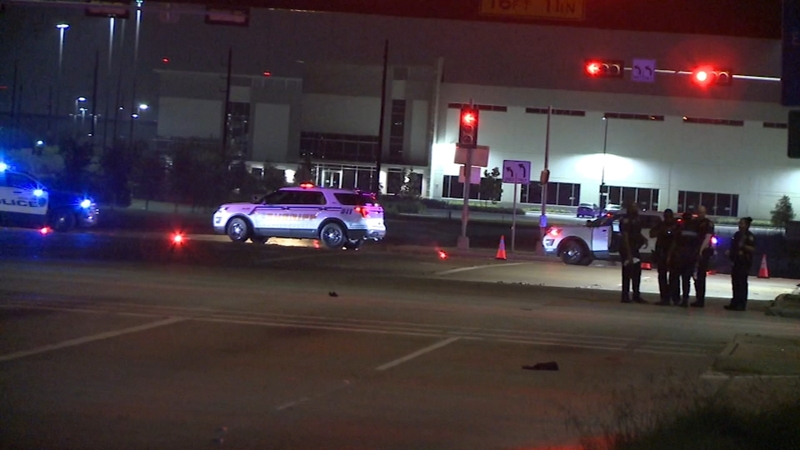 HOUSTON, Texas (KTRK) -- Houston police have arrested the driver accused of killing a motorcyclist in a hit-and-run crash overnight.

It happened on Beltway 8 near Ella Blvd. in north Houston around 2:30 a.m. Saturday.

Officers said a Jeep was going west before hitting the motorcycle. The motorcycle was reportedly dragged through an intersection for 500 yards before stopping, causing the rider to fall off.

A passenger jumped out of the Jeep to check on the motorcyclist, while the driver sped off, according to police. The driver then stopped at a car wash where the Jeep caught fire. He immediately fled back to his home in Conroe on foot, police said.

He was later arrested and taken into custody by HPD.