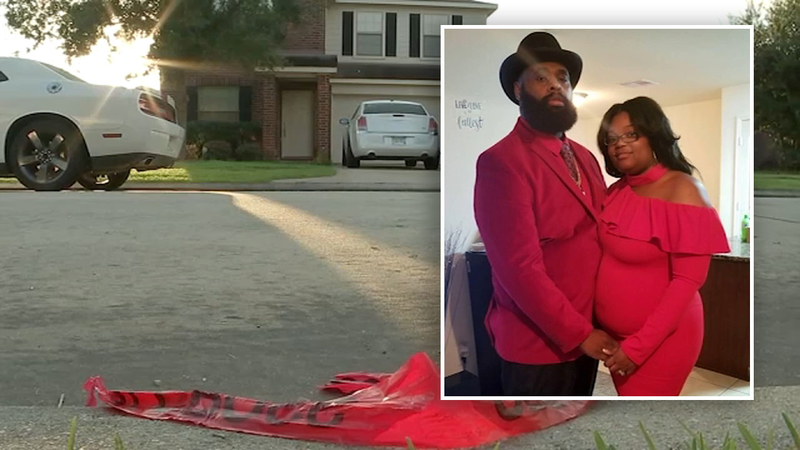 $1.7 million in bonds set for man accused of killing wife

HOUSTON, Texas (KTRK) -- Charges were read in court overnight against the man accused of killing a Katy-area mother and wounding her two children earlier this week.

Lawrence Reed did not appear in probable cause court early Saturday, but a hearing officer read the list of charges against him, including murder and aggravated assault with a deadly weapon.

He's being held in lieu of bonds totaling $1.7 million.

Reed did not appear before the hearing officer Saturday morning due to medical reasons.

Harris County sheriff's deputies responded to an active shooting at a home in the 2700 block of Roaring Oaks Lane Thursday night and found a woman dead from a gunshot wound inside.

Reed barricaded himself inside the home and threatened to take his own life, deputies said. That's when a standoff began.

Reed was eventually taken into custody.

His wife, Valerie Junius, was identified as the woman shot and killed.

Deputies say the motive for the shooting appeared to be an ongoing domestic disturbance between the couple.

Junius' two children, a 16-year-old boy and a 20-year-old woman, were both also struck by bullets. Deputies say they are recovering at the hospital.

ABC13 spoke to a next door neighbor after it happened.

"The kids came running outside when I heard the gunshots the first time and I told my friend I would call her back," neighbor, Candis Jackson recalled. "That's when they started running outside and saying, 'He shot my mom. He shot her.' I called 911 and I heard multiple, more shots go off."

Investigators say their team acted quickly to get the suspect in handcuffs.

"Our hostage negotiators did an awesome job in talking to the suspect for about 25, 30 minutes," Chief Deputy Edison Toquica said. "They talked him out of the house and he is in custody at this time."

GET HELP: If you need help getting out of a domestic violence situation, call the Houston Area Women's Center 24/7 hotline at 713-528-2121 or call AVDA at 713-224-9911. You can also click here to chat with an advocate online. If you are deaf or hard of hearing and need help, call 713-528-3625.
Report a correction or typo
Related topics:
katywoman shotdeadly shootingbarricaded manfatal shootinggun violenceshots firedshootingwoman killeddomestic violenceharris county sheriffs officeguns
Copyright © 2021 KTRK-TV. All Rights Reserved.
WOMAN KILLED
Deputies say woman fighting with boyfriend was hit by 2 cars on I-45
Victims' families cling onto hope this National Day of Remembrance
Mother, 2-year-old son killed in fall at Petco Park before Padres game
43-year-old's body found in a ditch with head gunshot wound, HPD said
TOP STORIES
High school band member killed hours after homecoming game
Sisters ask Houstonians who may have seen driver hit them to step up
Spring Branch ISD lawsuit divides communities
Employees sue United Airlines over COVID vaccine mandate
Judge gives insight on the confines most face when setting bonds
Man accused in road rage shooting after Astros game appears in court
No charges for 4 former officers who shot at unarmed man 21 times
Show More
Two wet weather systems rain on Texas this week
Former Houston police chief Acevedo now at risk of losing Miami job
How do Houston's homicide numbers stack up with big US cities
1 killed after car crashes into tree in SW Houston, HPD says
Here's how officials determine which migrants will stay in the US
More TOP STORIES News