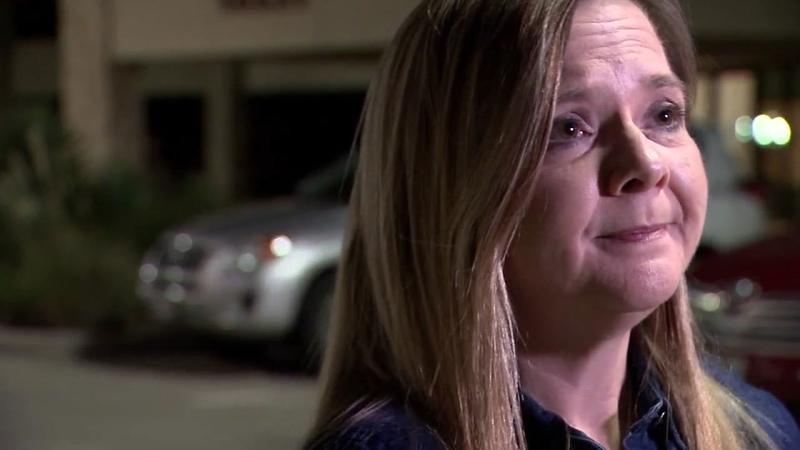 HOUSTON (KTRK) -- A northwest Harris County mother made an unbelievable gesture towards the man who kidnapped and robbed her.

Amy is a single mother to five boys. She asked that we not use her last name because she is still fearful about what happened.

She was leaving the Target in the 6900 block of Highway 6 on December 14 when she was confronted by an armed robber. She told deputies the man put a gun to her head and forced her to the passenger's seat. Amy says he was angry at first but she worked to befriend him by talking about her children.

"I have five boys. I said they depend on me. I said I'm all they have at home. I said if you take me, if you kill me, they have nobody," Amy told the man.

Amy says he then drove her to an ATM and forced her to withdraw all she had -- $120.

After a 40-minute ride, he drove her back to the store where she made an unbelievable gesture.

"When he got out, he wanted to be quick. I said wait a second and I gave him a hug and said thank you. Thank you. My boys thank you," Amy said.

She spoke to Eyewitness News to warn others to be always be in guard and aware of their surroundings. She also hopes she made some sort of impact.

Amy told deputies the man was black, in his 30's and weighed 350 pounds. He told her he had a daughter.