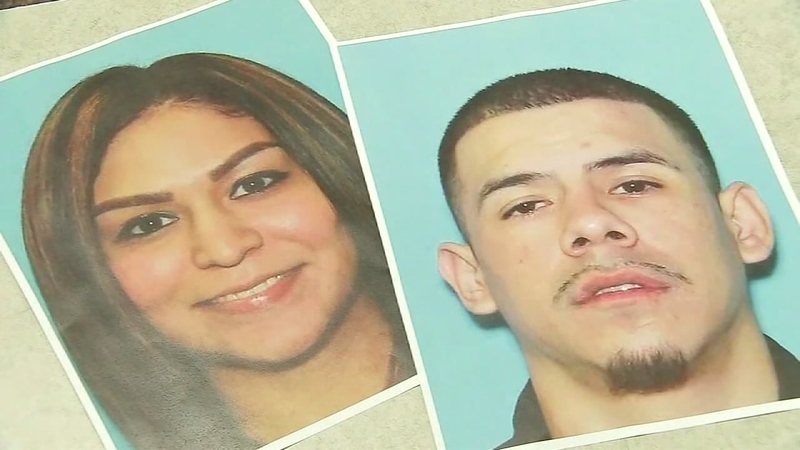 MISSOURI CITY, Texas (KTRK) -- Nearly one year after a couple was murdered, their case has grown cold.

Now authorities are revisiting the case, asking for new leads to help solve who killed Rachel Delarosa and her boyfriend Robert Cerda. They were found dead a day apart in Dec. 2017.

On Dec. 11, Delarosa's body was discovered partially clothed with multiple gunshot wounds next to a retention pond by Creekmont North subdivision in Missouri City.

Her body had no signs of assault or struggle, according to detectives.

Investigators at the time searched for Cerda's whereabouts. Instead the next day, they found his body in northeast Houston just off Bleker Street. Cerda was also shot to death.

Authorities said it appeared Cerda did struggle and there was an indication of foul play with his body.

NEW: Robert Cerda was found shot to death 11 months ago. Police have never released info on how he was killed—until now. Robert’s parents are getting ready to talk to media. We’re streaming the @CrimeStopHOU presser live on #ABC13.com. Starts in 15 min. pic.twitter.com/L9S8xe3fFx

The night Delarosa died, police say the couple went out to eat at Connie's restaurant. They then went to Madco Food Store, located at 7440 Long Point Rd.

Police showed surveillance camera footage of the couple together at the store. That was also the last time they were seen.

"I miss his smile. I miss his presence." Family of man asks for public's help to find who killed him and his girlfriend.

Family describes Delarosa and Cerda as very much in love and always together.

"I miss my son everyday. I miss his smile and I miss his presence," Cerda's mother Valerie said during a press conference Tuesday.

She said she still visits the couple's graves every day.

"It's part of my schedule now. But I miss him very much. Just a big hole in my heart right now that I don't know will ever be filled," she added.

Law enforcement has been trying to figure out how both ended up dead so close in time to each other but in different locations.

Authorities say they have interviewed multiple people of interest.

The reward has increased to $15,000 for information leading to an arrest or charges. If you have any information, you're asked to call Crime Stoppers.