Goldendoodle reunited with owner after car stolen with dog inside 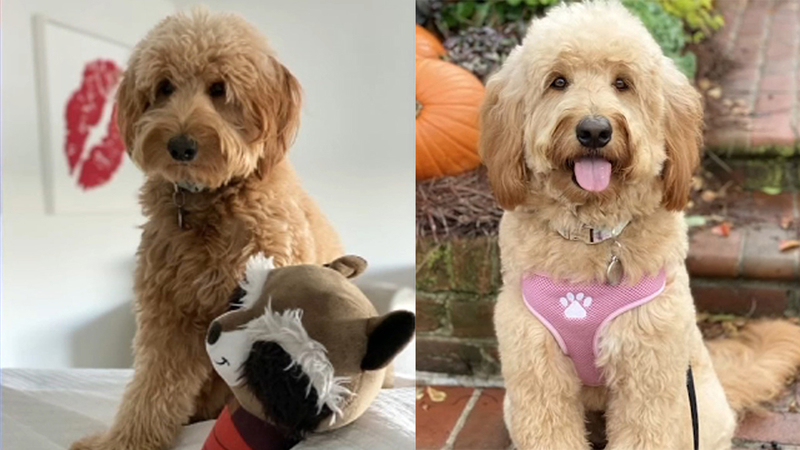 Goldendoodle returned after car stolen with dog inside

HOUSTON, Texas (KTRK) -- A man is reunited with his missing Goldendoodle after a desperate search.

Alan Carnrite said he was out of the country over the weekend and left his 2-year-old dog, Frida, with a friend.

His friend and Frida returned to Arium Uptown West Apartments Saturday afternoon after an hour and a half at the park.

Carnrite said his friend left the dog inside a running car with the doors locked so she could cool down, while he went inside to grab a change of clothes.

"In the 10 minutes he was inside, the car got smashed into and driven away with Frida in the front seat," Carnrite said.

Houston police said the car was found abandoned in the parking lot of a southwest Houston church on Monday around 9:30 a.m.

However, Frida was not inside.

Police believe the thieves set the dog loose after they stole the car.

An ABC13 viewer says Frida showed up at their home. When they saw her story on Eyewitness News, they were able to reunite her with her owner.

"A car can be replaced, but a relationship with a pet, especially one like Frida or any pet, is impossible," Carnrite said.

When the dog first went missing, a Facebook post with photos of the dog asking for the public's help to find her was shared more than 10,000 times. Carnite also offered $5,000 cash for returning her safely.