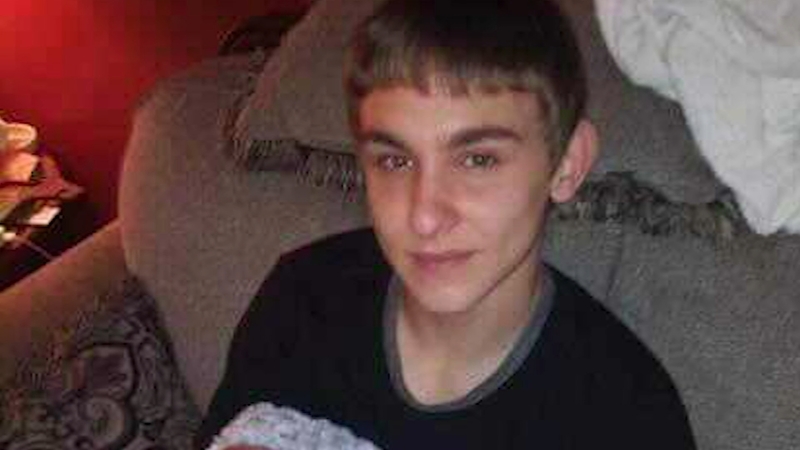 LIBERTY COUNTY, Texas (KTRK) -- A third person has been charged in connection with the case of a 16-year-old boy whose family believes the remains found in Liberty County belong to him.

Loved ones of Cody Adams told Eyewitness News they never stopped looking for the 16-year-old. They reported him missing on March 12.

They provided a written statement and photo.

"We would like to keep Cody's photo and name out there until all that were involved are brought to justice. He was a beautiful child with a huge heart and we will forever be at a loss without him in our lives," read the statement. "We ask anyone with any information on anyone else involved to please come forward."

Capt. Ken DeFoor with the Liberty County Sheriff's Office described a gruesome scene on County Road 3015. He said the details of the killing remain under investigation. DeFoor said 26-year-old Randy Norlan Salinas and 23-year-old Cade Cates were charged with murder. Cates is believed to be the victim's half-brother.

DeFoor said investigators secured a search warrant. They made the disturbing discovery on Tuesday.

"Our investigators went out and did in fact find the remains of a male in a burn pit there off CR 3015. There were remains in the burn pit. Some remains were still intact," said DeFoor. "The body was badly decomposed as well as badly burned. The body has been sent to the morgue for autopsy and DNA testing before we can confirm positive identification."

DeFoor said both Salinas and Cates confessed to the murder.

On Thursday, a third person was arrested and charged in connection with the case. According to authorities, an investigation revealed that Cates' girlfriend, Kathryn Alexander, was present at the time of the murder and reportedly helped with the disposal of the body. She was taken to Liberty County jail as the investigation continues.

"It appears to be a drug-related murder case," said DeFoor. "Some of the details at this point, we're not at liberty to release. Other than the fact it is probably going to be drug-related."

Eyewitness News visited the Liberty County Jail on Tuesday. Both Cates and Salinas declined an opportunity to give their side of the story. We also visited the property in question. We were not welcomed and asked to immediately leave.