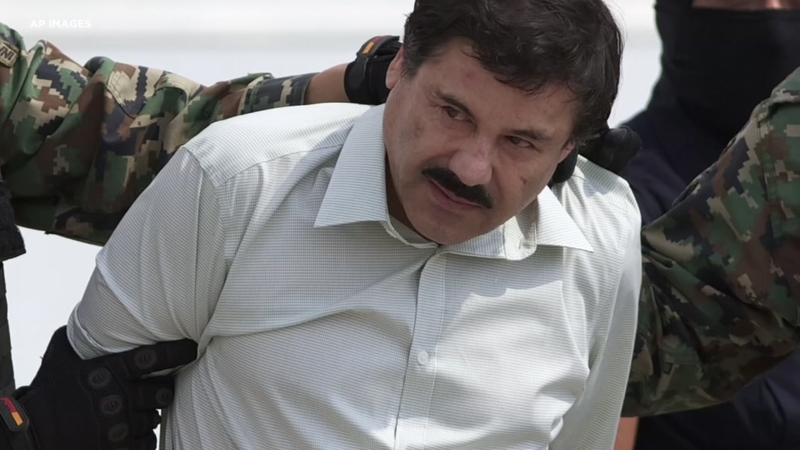 What to know about Joaquin 'El Chapo' Guzman

NEW YORK -- Mexican drug lord Joaquin "El Chapo" Guzman orchestrated a two-decade campaign to flood the United States with tons of cocaine as a ruthless leader of the Sinaloa cartel, a prosecutor said in closing arguments on Wednesday at Guzman's U.S. trial.

Assistant U.S. Attorney Andrea Goldbarg began her argument by recounting the testimony of a former cartel crony who claimed he witnessed Guzman nearly beat to death two men from Sinaloa after paid-off authorities told him they were working for a rival cartel. The witness said Guzman cursed at the men before shooting them in the head and ordering their bodies thrown on a bonfire.

"The cartel's engines were corruption and violence," Goldbarg told a jury in federal court in Brooklyn. The combination allowed Guzman "to impose his will on anyone who got in his way," she added.

The arguments came at a trial where Guzman is facing multiple drug and murder conspiracy charges that could land him in prison for life if he's convicted. The defense insists the allegations are fabricated.

Goldbarg spent much of her closing argument walking jurors through what she called an "avalanche" of evidence, including testimony by cooperators and intercepted phone calls and texts that she said made in clear that Guzman called the shots. Of the 14 cooperators who took the witness stand, 11 testified that they took orders from the defendant, she said.

The prosecutors told jurors if they had any doubt Guzman was guilty, they should ask themselves why he acted the way he did: why he had bodyguards, hid out in the Sinaloa mountainside, had a mile-long (1.6-kilometer-long) tunnel dug to break out of prison and used spyware on his wife and two girlfriends.

"The questions could go on and on," she said. "The answer is common sense."

The government's closing argument was expected to last most of Wednesday. The defense closing is set for Thursday.