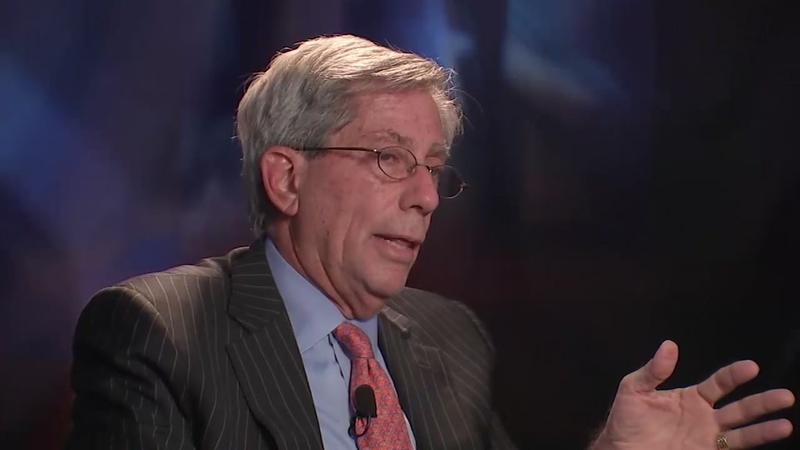 HOUSTON (KTRK) -- A week after admitting its own lobbyist broke METRO rules by having a reportedly unauthorized conversation with a judge assigned to a METRO case, the agency's chairman announced a $10,000 punishment.

"We have decided to dock him $10,000 -- one invoice -- as a show that we are concerned about this," METRO chairman Gilbert Garcia said. Fred Zeidman has a $10,000-a-month contract to lobby the federal government for METRO.

The punishment comes in the wake of a lawsuit against METRO and other defendants landed in Judge Debra Mayfield's court, and if METRO lost, it could've slowed or stopped progress on the Uptown bus lanes.

Garcia says METRO lobbyist Zeidman should never have reached out to a sitting judge.

"I think he used poor judgment in this case," Garcia said.

Zeidman told Ted Oberg Investigates he did not speak to the judge about the case. He ran into Mayfield at the River Oaks Country Club and spoke briefly about her campaign. Zeidman is a long-time political supporter of Mayfield.

He only disclosed meeting her out of "an abundance of caution," he said.

"If anything I was too honest," he said. "Transparency is key to what I do for a living."

His reported conversation with Mayfield was in violation of Texas judicial rules and was not authorized by METRO, Garcia said.

Zeidman is key to METRO, officials said, because the agency relies on millions of dollars in federal tax dollars to run its buses and trains.

And to keep that cash coming to METRO, the agency spends thousands of taxpayer dollars every month to hire lobbyists to sing METRO's praises to a sometimes-reluctant congressional delegation. Indeed, Zeidman has close relationships in Congress and with the Texas delegation.

He's certainly a big deal in Washington D.C., and he sits on boards of businesses and charities alike.

According to the lobbyist's own invoices, month after month he met with all sorts of Houston leaders. On the list was a mayoral candidate, the Greater Houston Partnership, City Council, and one day in July one local judge: Mayfield.

Texas rules are clear, lobbyists are not supposed to argue legal cases and judges aren't supposed to have private talks with one side in a pending case.

Despite all that Garcia does not want to cancel Zeidman's deal.

"I trust he can be helpful to us to monitor legislation in Washington."

Andy Taylor is an attorney representing a neighborhood association opposed to METRO's involvement in placing dedicated bus lanes project along Houston's tony Post Oak Boulevard -- the case at the center of the controversy.

"Why in the world would they want to stay in bed contractually with someone who admits in writing they did something wrong, especially with taxpayer money?," Taylor said Thursday.

The case has been assigned to a new judge, but METRO opponents want the police and the district attorney to investigate. And they want Zeidman off the taxpayer payroll.

"They're trying to hope this problem goes away," Taylor said.

On top of the issues around meeting with the judge, federal and state records do not show Zeidman is a registered lobbyist.

Zeidman said he is not a lobbyist.

"I absolutely do not consider myself a lobbyist," he said. Instead he bestows what he described at "strategic advice."