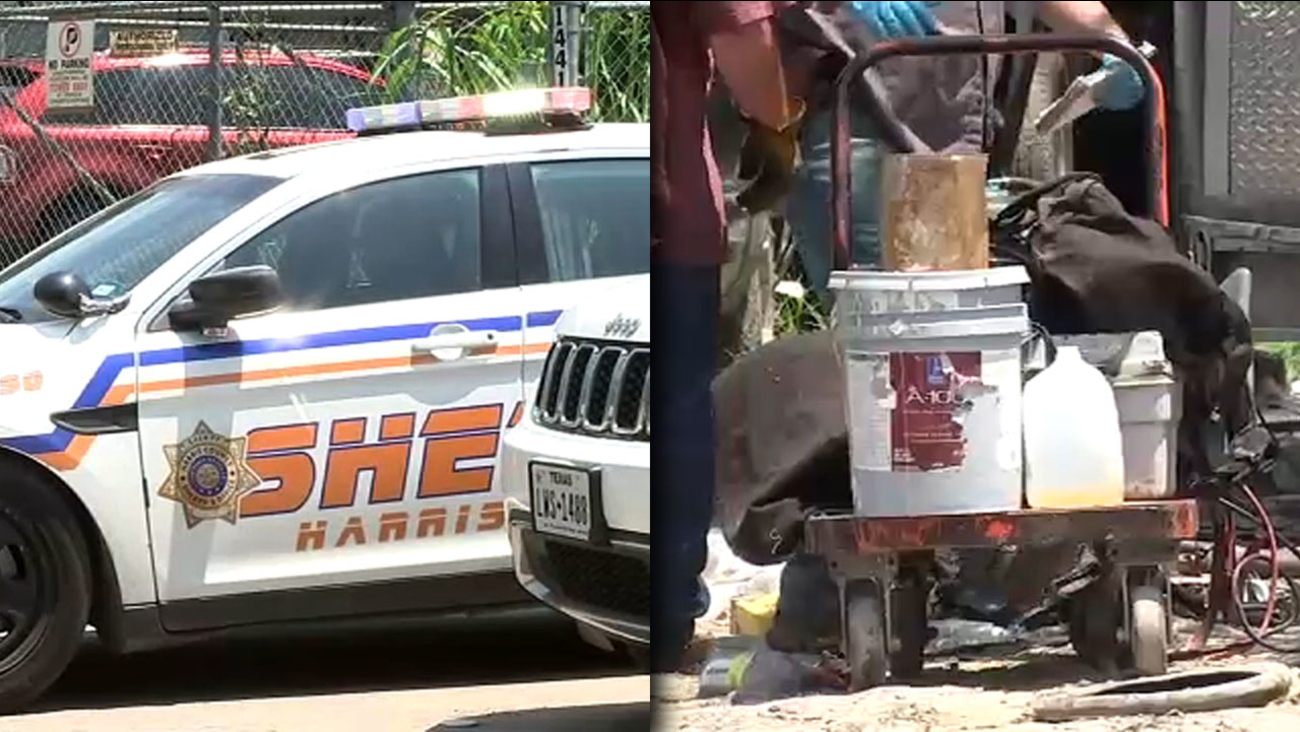 HOUSTON, Texas (KTRK) -- A multi-agency investigation in northeast Harris County led to two arrests and the seizing of several vehicles.

Agents from the Drug Enforcement Administration, Harris County Sheriff's Office, Houston Police and federal investigators from the Eastern District of Texas were all involved.

The initial location was 1435 Hopper, but soon another lot a few blocks down around the 2500 block of Hopper also became involved.

The DEA tells ABC13 Eyewitness News its initial focus was a meth investigation. However, once they arrived, they saw a number of cars that were stolen.

The agents obtained several other search warrants and were able to seize at least half a dozen cars.

A twist in the investigation involved the recovery of a gun. Authorities stumbled upon a weapon that may have been used in an unrelated shooting in Galveston County.

That county's sheriff's office says it is investigating a shooting between two men on Monday morning in San Leon. It is believed that the weapon used in that shooting somehow ended up in the house where the drug raid took place.

The federal case is completely unrelated to the Galveston County case.

All of this shocked Jesse Zamora, whose family owns the two lots and rented it out to the couple now under arrest several months ago.

"I did see he had a whole bunch of vehicles, but I didn't know they were stolen," Zamora said.

Investigators say they do not believe the owners of the property had any knowledge that illegal activity may have been occurring.

The federal investigation is being led by the Eastern District of Texas of the Department of Justice. A spokesperson said the USDOJ had not comment on an ongoing investigation.

Police say the total amount of meth and heroin seized has an estimated worth of more than $1 million.