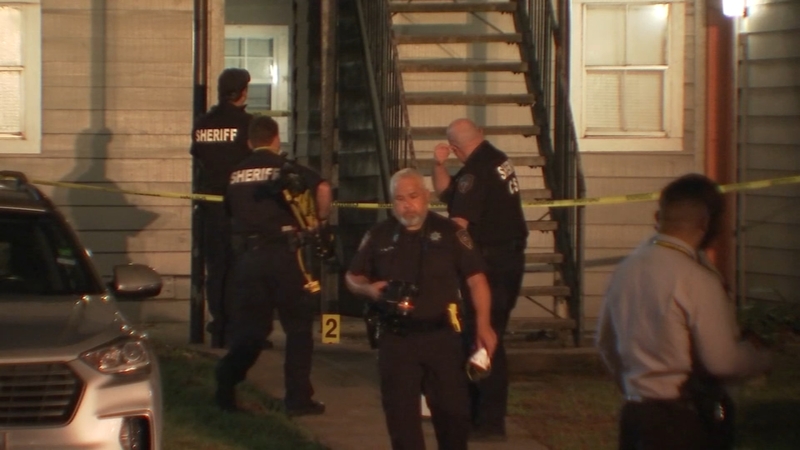 HOUSTON, Texas (KTRK) -- When Harris County Precinct 4 deputies responded to a domestic disturbance at the Cranbrook Apartments in the 13000 block of Ella Boulevard just after midnight, it was the second time they had been called to the same apartment within a few hours.

Constable Mark Herman said two brothers had been fighting. It's not clear what the argument was about, but it escalated through Monday night, with one brother threatening to tase the other.

When deputies arrived, one of the brothers started arguing with the deputies, according to investigators. It turned into a physical fight.

"He was a military vet and he was very good at what he did," Jesse said of Paul. "I don't know where it went wrong."

One of the deputies standing next to Hendrix returned fire. Paul was hit and killed.

"He came back with bad PTSD after he went to Iraq," Jesse said. "He did some time out there, but he didn't talk about it much."

Investigators said the two brothers both lived at the Cranbrook apartment complex, but in different units.

Paul was shot at Jesse's place. He was found dead inside the apartment after a SWAT robot busted through the front door.

Hours after the incident, Jesse talked with ABC13 while in tears outside of his apartment.

"He was a nice guy. He was always the misunderstood type," Jesse said. "He was the black sheep of the family type of thing."