"We want women to be stepping up and stepping into their power," Hardin said of the Freeform show's legacy.
OTRC
By Andrea Lans 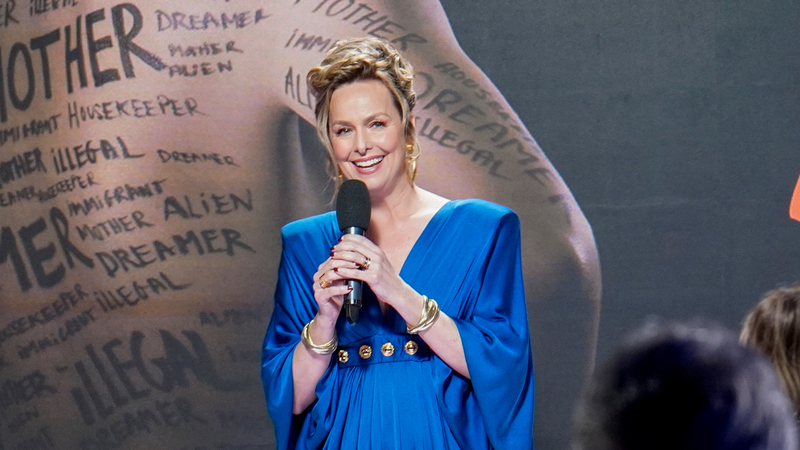 Melora Hardin reflects on the legacy of 'The Bold Type'

"The Bold Type" comes to a close with its final episode on Wednesday and leaves a legacy of empowering women (and iconic fashion) in its wake. Melora Hardin is bidding farewell to the beloved series, and her iconic boss lady of a character, by reflecting on the impact of having someone like Jacqueline Carlyle on screen.

"I just get so many young women coming up to me and saying, 'I want to be a boss like you... Thank you for being a woman of power on television that is kind,'" Hardin said of her character -- a confident and assertive editor-in-chief of Scarlet magazine, who relentlessly advocates for her employees.

While the stars of "The Bold Type" aim to entertain, Hardin said that they all hope the greater legacy of the show lies within inspiring young women.

"That's what we want. We want women to be stepping up and stepping into their power," Hardin said.

After five seasons, Hardin's proudest moment on the show is the season 1 finale, "Carry the Weight," where Jacqueline reveals she's a survivor of sexual assault in the workplace. The episode first aired in September 2017, right before the rise of the #MeToo movement.

"I love that on the show so many times, we're just a little bit ahead of the curve and that we're really talking about very important, timely issues," Hardin said. "I think that's going to make it relevant for a really long time."

The Freeform show is no stranger to tackling heavy issues -- from breast cancer, to miscarriage, to gun control, to mental health and more. After five incredible and trailblazing seasons, how will "The Bold Type" come to an end?

"We tried really, really hard to stay in keeping with the show's wonderful, realistic, and yet idealistic and aspirational quality, so we wanted to leave the audience feeling satisfied," Hardin said.

"I would say it's a happy ending. That's not to say it's all perfectly tied up with a perfect bow, but you're going to feel good about all the resolutions."