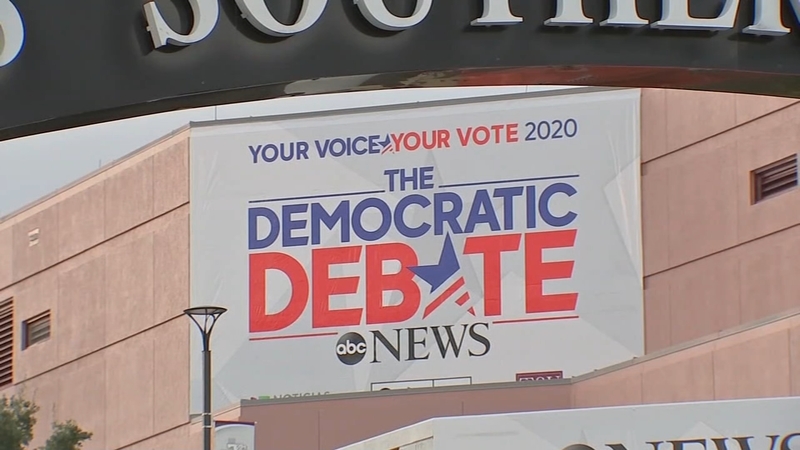 HOUSTON, Texas (KTRK) -- There's no doubt the Democratic debate at TSU means all eyes will be on Houston and the city's Third Ward.

"I'm really happy for Texas Southern University," said Mayor Sylvester Turner. "There are 10,000 students on that campus. They are all walking around with a lot of pride."

The stage is set and ready to shine the spotlight on the 10 Democratic presidential hopefuls for the first time in one night.

"In order to survive, you have to finish in the top three or four in the first few primaries, and tomorrow night is a beginning of that process," explained Dowd.

"Hopefully there will be just thousands and thousands of positive impressions," said Turner.

Turner says all politics aside, he believes the huge political event at the second largest historical black college and university will boost Houston's economy in the long run.

"I don't care in the end who you may vote for," said Turner. "The reality is, when it comes to selling, marketing, PR in our city, this is a very big, big plus."

The university along with law enforcement have announced several road closures beginning at 1:30 p.m. on Thursday that will bring cars in the area to a standstill.