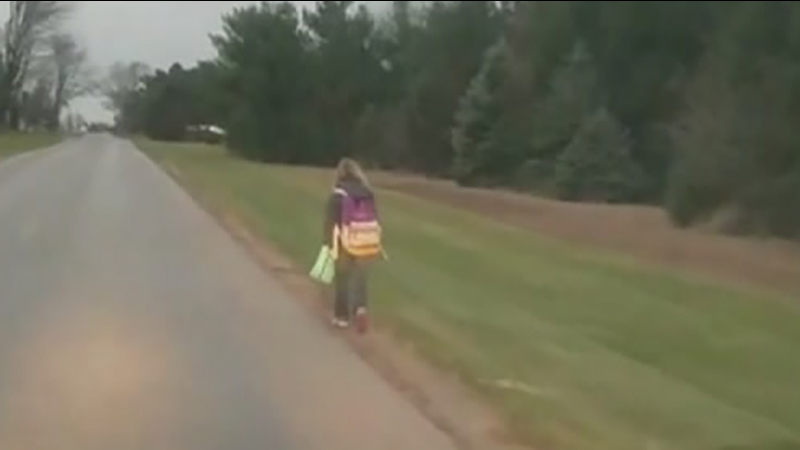 SWANTON, Ohio -- An Ohio dad is defending his parenting decision after the punishment he handed down to his daughter went viral.

Since it was her second offense, he said it needed to never happen again.

"This is my small way of trying to stop it in my household," Cox told WTVG.

He punished his daughter by making her walk five miles to school, over her three-day suspension, in near-freezing temperatures.

He posted the video online and received an overwhelming amount of responses.

To some, the punishment seemed harsh, and Cox said he recognized how it could be perceived, but said he had to correct her behavior.


"I'm not going to be another parent that's just going to brush things under the rug and say 'kids will be kids,'" Cox said.

RELATED: Mom teaches son lesson about bullying with 'I am a bully' shirt

So did the lesson work?

Kirsten said she's learned her lesson, especially since she knows how it feels when people aren't nice.

"I was bullied many times by kids bigger than me," she said.

Cox said he would do it all over again because he believes it made a difference.

"I just want the kids to know that words truly do hurt," he explained. "They cut very deep and have lasting effects. I hope that parents hold their kids accountable."

SEE ALSO: Texas mom spanks teen son with her belt after he took off in her BMW
EMBED More News Videos