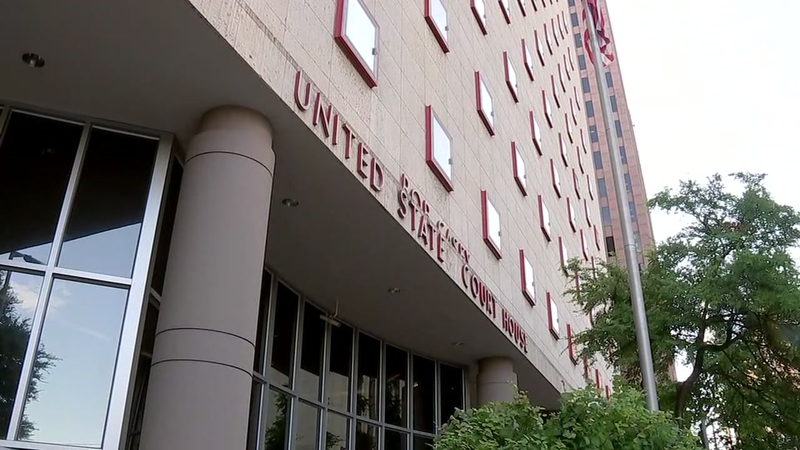 HOUSTON, Texas (KTRK) -- Federal prosecutors in Houston say nearly 100 people have been charged in a massive marriage fraud scheme, and a family in Southwest Houston is at the heart of the indictment.

A federal grand jury has indicted 96 people in the alleged scheme with operations in Houston and Vietnam.

The charges allege that the mastermind behind the scam is Ashley Yen Nguyen AKA Duyen, 53, of Houston.

Prosecutors say Nguyen operated the Houston-based organization out of her home on High Star Drive and had associates operating throughout Texas and Vietnam.

"These arrests mark the culmination of a comprehensive year-long multi-agency investigation into one of the largest alleged marriage fraud conspiracies ever documented in the Houston area," said Special Agent in Charge Mark Dawson of Immigration and Customs Enforcement's Homeland Security Investigations. "By working together with our partners from various federal law enforcement agencies we have sent a resounding message that we are united in our effort to disrupt and dismantle criminal organizations that seek to circumvent U.S. law by fraudulent means."

In court Monday, Nguyen, her daughter, and her common-law husband were among a dozen defendants who made their first appearance.

Nguyen's daughter was granted bond, but Nguyen and her common-law husband were ordered held pending trial.

"The government in these detention hearings always try to make these salacious kind of statements and arguments," said Nguyen's defense attorney Mar Carter. "They were also making a point to let the judge know she is a naturalized citizen that is somehow less than someone born here."
Report a correction or typo
Related topics:
houstonmarriagefraudimmigration
Copyright © 2021 KTRK-TV. All Rights Reserved.
TOP STORIES
HPD officer killed while serving warrant to be laid to rest today
Couple was fighting when woman killed got out on I-45, deputies say
At least 50 shell casings spotted in W. Houston deadly shooting scene
21-year-old sentenced for murder of Cypress teen in phony drug deal
Moisture returns and rain chances are on the rise
Memorial Hermann now offering booster shots at walk-in clinics
Man dies after being shot in head not far from Home Depot
Show More
'The View' chaos sparked by false-positive COVID-19 test results
Ex FDA commissioner says this is when major COVID wave could be done
Biden receives COVID-19 booster shot
Unconditional release approved for Reagan shooter Hinckley
Man killed in apparent road rage shooting in SE Houston, HPD says
More TOP STORIES News