Home invasion? Nope, this roughed-up Northern California porch was the scene of a deer battle 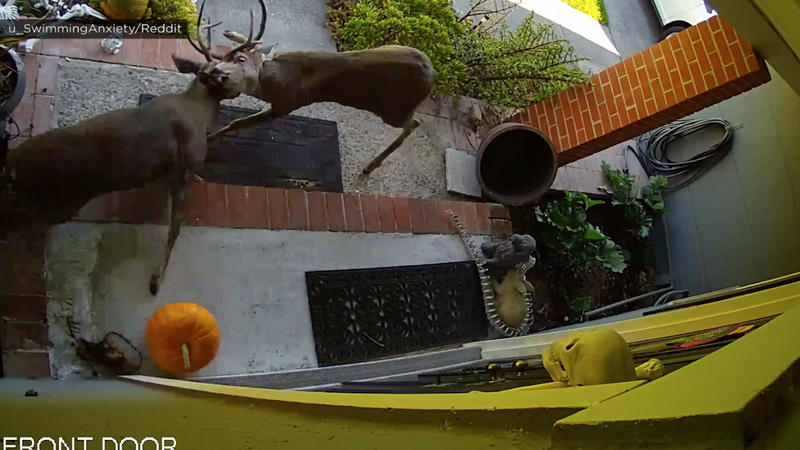 VIDEO: Deer, not home invaders, roughed up this NorCal porch

If you came home to find your front porch in a state of disarray, you might worry somebody had broken into your home. But for one Northern California homeowner, the mess on the porch had a much different explanation: two brawling deer.

A Marin County homeowner posted home surveillance video to Reddit showing a fierce battle between two bucks that all played out on the front steps. Antlers locked, the bucks rumbled up onto the stoop and then out into the front lawn, sending planters, pumpkins and Halloween decorations flying.

After the two stags left the frame, the homeowner said, they continued fighting.

"They then went next door and bent in an iron rod fence," u_SwimmingAnxiety wrote on Reddit. "One of them got pinned in a corner against the fence and the other just kept smashing his antlers into him."