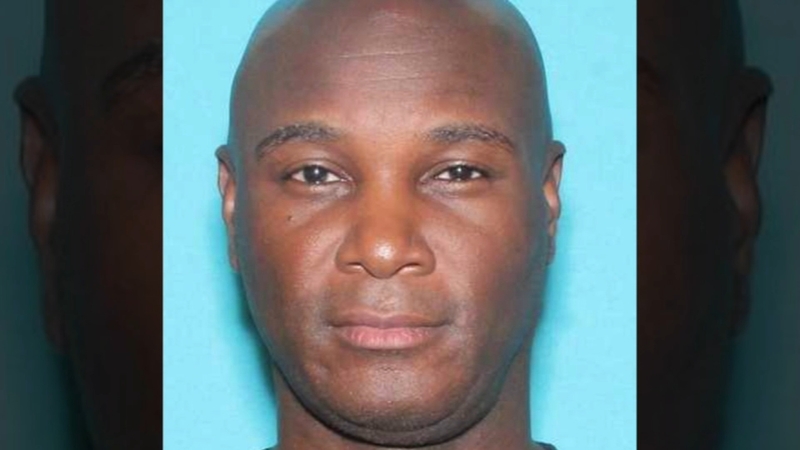 HOUSTON, Texas (KTRK) -- Police are looking for a man they're calling a killer on the loose. Erik Arceneaux is charged with murdering his girlfriend, Maria Jimenez.

He allegedly bought a chainsaw and trash bags the day she went missing.

Jimenez went missing in June 2018, and from the beginning, Gloria was suspicious of Arceneaux.

"He was very interested in helping and trying to find her, but he really knew what had happened to her," said Gloria.

On June 21, 2018, Maria dropped her daughter off with a babysitter across the street. Later that morning, her co-worker started getting strange text messages. Maria was a paralegal.

"Maria was a very good person, who arrived at work early, the day that she didn't come, we got these weird text messages," said Maria's boss, Sam Milledge of Milledge Law Firm, PLLC.

Her boss says the messages didn't sound like something Maria would write. For example, one of the text messages said Maria had to go back to the babysitter for "Dest", referring to her daughter Destiny

"We knew something was wrong because she doesn't refer to her daughter Destiny, as 'Dest'," said Milledge.

In the days that followed, Maria never returned to work, but her boss says Arceneaux showed up at their office. Her boss' son, who works at the firm, met with him.

"He came over to the office one evening. My son wanted to interview him. My son had some suspicions," said Milledge.

Detectives made disturbing discoveries. They say surveillance video tied Arceneaux to Maria's abandoned truck. Cell phone towers also tied him to the location and he allegedly bought a chain saw and trash bags after she went missing.

Her body hasn't been found, but Maria's family knows who took her life.

"This is a monster. Why would he do this?" said Gloria.

Now, they want him caught so they can get closer to justice, not just for Maria, but also for her daughter.

"He should have had a heart and thought about the kid, that he was going to leave her without a mother," said Gloria.