Wife of man on trial accused of bringing blade to courthouse 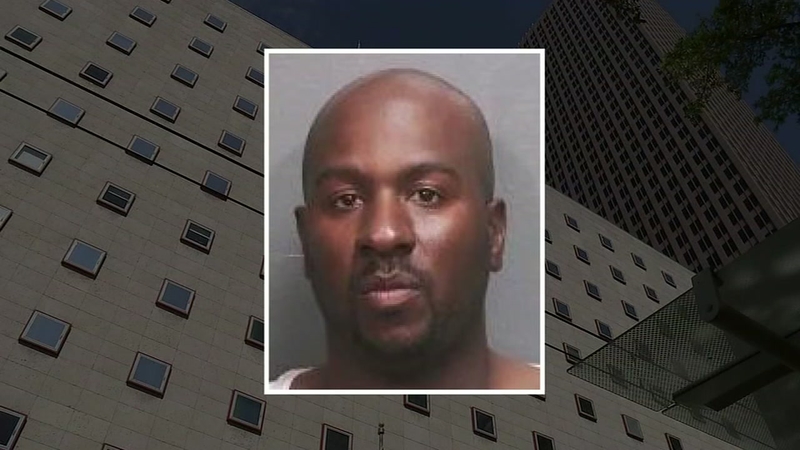 HOUSTON, Texas (KTRK) -- The wife of a man on trial as part of a robbery crew linked to several violent armored car robberies was banned from the federal courthouse for allegedly trying to smuggle in a blade to a co-defendant.

"Who was the blade for?" asked ABC13 reporter Jessica Willey.

"I don't know. Absolutely no idea. The Marshal Service allegedly found a blade and we don't know anything more than that," said Neal Davis III, the appointed counsel for Marc Anthony Hill.

Hill is one of four men on trial for several violent armored car robberies in 2016. He was the accused look-out man and the one who got them arrested. The alleged ringleader, Redrick Jevon Batiste, was shot dead by Houston police.

The trial started this week. Hill was representing himself. According to the judge's staff, Hill's wife was caught at the security checkpoint Wednesday morning allegedly trying to smuggle in a 2.5" box cutter blade in shoes intended for Hill's co-defendant and nephew, Nelson Alexander Polk.

The alleged security breach spread all the way up to the U.S. District Judge David Hittner's courtroom on the 8th floor, where Hill was forcibly removed from court, and Davis was appointed his stand-by counsel.

"Yeah, he's somewhat agitated," Davis said. "I think he's agitated with how everything has gone with his case and that agitation came to a head."

ABC13 Eyewitness News went to the wife's home in northwest Harris County. No one answered the door. A neighbor provided cell phone video from the moments after the security incident.

On the video, you can hear the woman asking deputy marshals to see the weapon and to run it through the detector again. The neighbor says she denies having it.

According to Hittner's case manager, she was released while the government decides whether to charge her.

After having been removed from the courtroom for allegedly being disrespectful to the judge, Hill was allowed to return, but he will not be representing himself going forward.

"Every one of these guys is asserting their innocence, and that's why we're here. We're here to help and now I'm here to help Mr. Hill see what we can do," said Davis.