KTRK
HARRIS COUNTY, Texas (KTRK) -- A man is on the run after he brandished a gun inside a Walmart store in northwest Harris County, deputies said.

It happened at the Walmart Supercenter located on FM-1960 near Eldridge Parkway around 4:15 p.m on Tuesday.

Initial reports from the Harris County Sheriff's Office said a man fired a gun inside the store and fled the scene.

Deputies responded to a Walmart located at the 12300 block of FM 1960 where a Hispanic male discharged a firearm inside the store. Deputies are now clearing the store. Suspect fled the location. #HouNews pic.twitter.com/TS2jEO14jQ

In an update issued later in the evening, deputies said two men were involved in some sort of altercation inside the store and one of the men pulled out a gun.

They said the gun was never fired and believe the loud noises shoppers believed were gunshots might've been items falling off of store shelves.

No one was injured, according to deputies.

Deputies said both men involved fled the store. An official description of the armed suspect was not immediately released.

A woman who was shopping at the time of the incident told ABC13 she came face to face with the armed man.

WATCH: This Walmart shopper says she came face to face with the shooter. Hit play to hear her story.

SkyEye13 footage from above the scene earlier showed a large law enforcement presence at the store.

It also showed crowds of Walmart employees gathered in the parking lot. 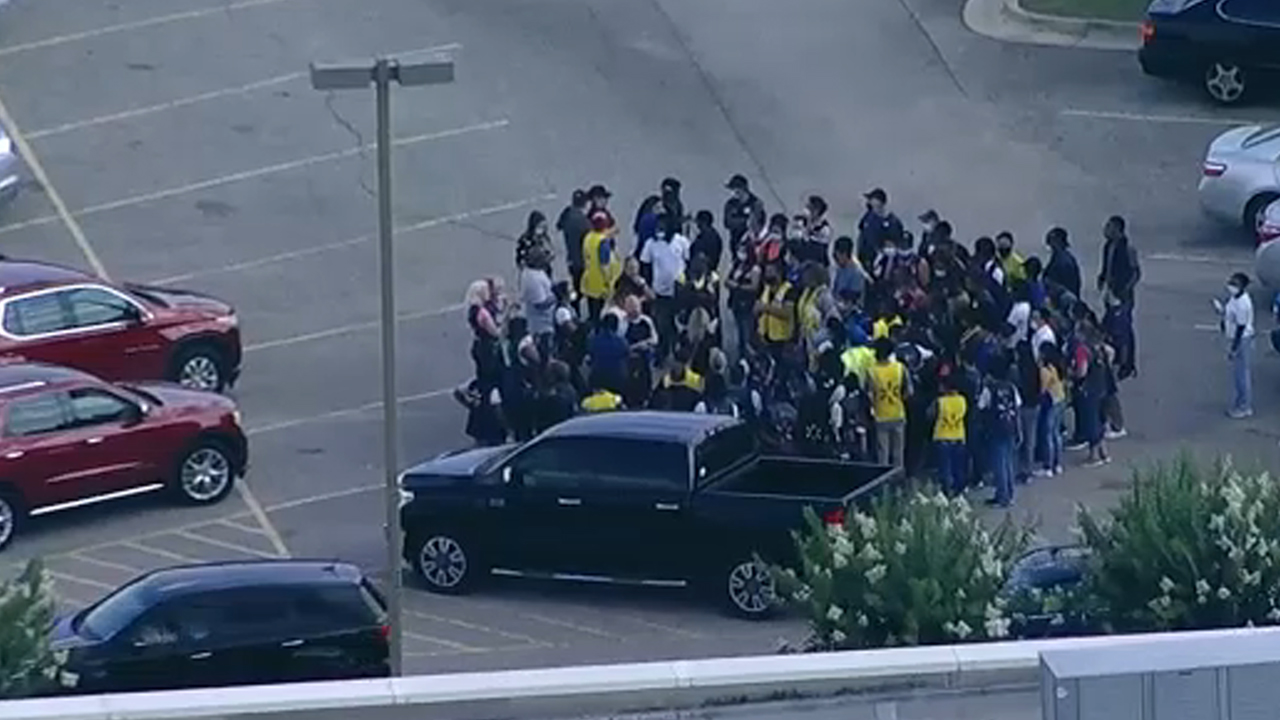