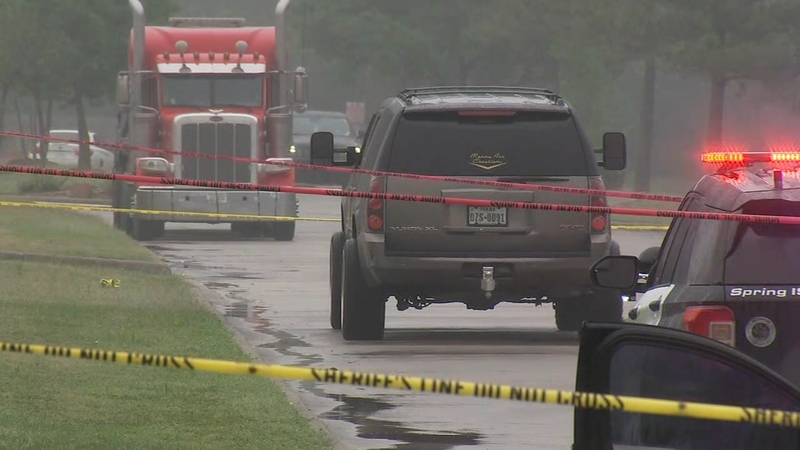 HARRIS COUNTY, Texas (KTRK) -- Deputies are investigating at an apartment complex in north Harris County after a man was found fatally shot.

Harris County sheriff's deputies said the shooting was reported before 10 a.m. Friday outside the Cambria Cove Apartments at 16350 Ella Blvd.

Upon arrival, deputies found the man dead with at least one gunshot wound.

Deputies don't believe anyone witnessed the actual shooting but instead came outside after hearing the gunshot.

According to Lt. Paul Bruce, someone saw the man's body in the roadway and flagged down an on-duty Spring ISD police officer.

@HCSOTexas units responded to a shooting at 16350 Ella Blvd, the Cambria Cove Apts. Units discovered a deceased male with a gunshot wound, in the parking lot. Investigators are enroute. #HouNews pic.twitter.com/H920pAaFQD

The man was reportedly shot in the face. He was described as a Hispanic or Middle Eastern man in his mid-20s.

Deputies said it is unclear what exactly led up to the shooting or if the man lived at the apartment complex.

Investigators are canvassing the area, looking for witnesses and surveillance cameras.

Bruce asked anyone with information about what happened to call Crime Stoppers at 713-222-TIPS.