KTRK
HARRIS COUNTY, Texas (KTRK) -- The body of a man believed to have been abducted from his northwest Harris County apartment Saturday was found in the trunk of a car nearly 15 miles away, according to sheriff Ed Gonzalez.

The body was found at an apartment complex in the 7100 block of Smiling Wood Lane, Gonzalez said.

Deputies initially responded to an apartment in the 15000 block of Copper Grove near the Northwest Freeway after a report of a home invasion and shooting around 9 a.m.

A woman who lived there told deputies that her apartment had been broken into. She claimed her boyfriend was attacked by three men when he showed up at the apartment, according to the Harris County Sheriff's Office. The man was taken against his will out of the apartment and loaded into his own vehicle before the suspects drove away.

Investigators traced the vehicle to Smiling Wood Lane, where they found the body of a man who matched the victim's description, HCSO said.


They believe the victim was lured to the apartment where he was attacked. Authorities were still trying to determine what exactly happened and where the man was killed.

Investigators would not say whether he had been shot, but did say there was obvious trauma to his body.
Report a correction or typo
Related topics:
harris countymurderhome invasionhomicideabductiongun violenceshootingman killedbody found
Copyright © 2021 KTRK-TV. All Rights Reserved.
MAN KILLED 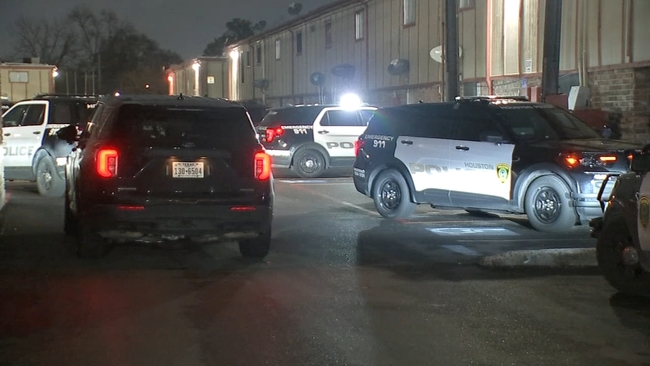