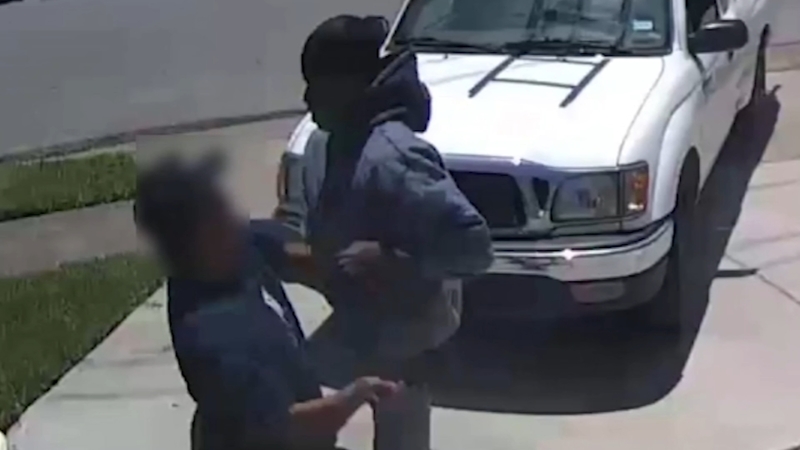 HOUSTON, Texas (KTRK) -- Houston police are asking for the public's help to find the two men seen on video grabbing an envelope of cash from a victim in a driveway.

It happened Monday, July 13 around 12:50 p.m. as the victim pulled into the driveway of a house in the 6000 block of Rowan Lane. He got out of his vehicle while holding an envelope containing cash.

As he was opening a gate leading into the home, the first robber got out of a black Infiniti QX80 and approached him, trying to take the envelope.

According to HPD, the victim started to punch him. That's when a second robber approached the victim, making a motion like he was armed with a handgun.

The victim backed off as the second suspect grabbed the envelope with cash inside. Both men ran back to the Infiniti and took off.

Officials say the victim told them that he had just come from a bank on Hillcroft and the Southwest Freeway and believes he may have been followed.

The SUV they were in had heavily-tinted windows, chrome trim around the window and chrome rails on the roof rack.

Click or tap play to see the terrifying moments that a north Houston store clerk faced, even behind a clear plastic barrier.

Suspect uses 83-year-old's car to run over him, then steals it at Valero in west Houston
EMBED More News Videos

WATCH: In this clear video, the victim is seen trying to stop the suspect, but what we see at the end could also help lead police right to him.