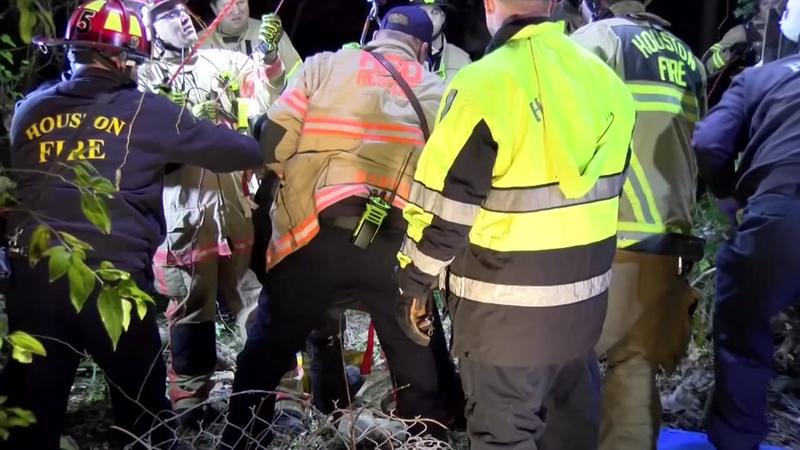 HOUSTON, Texas (KTRK) -- There was a dramatic rescue just outside a gas station in northwest Houston after a man fell down a manhole.

Police said a truck driver was walking in a wooded area around 1:30 a.m. behind Love's truck stop when he dropped his cell phone. As he tried to retrieve it, he fell about 20 feet down the manhole.

Another driver saw the man fall and alerted a security guard who called 911.

He was taken to the hospital, where he is recovering from non-life threatening injuries.

INCREDIBLE RESCUE: a man fell 20 feet down into a sewer. A manhole was uncovered behind the Love’s truck stop on Patton in north #Houston. Firefighters pulled him out and he’s going to be okay. You’ve got to see the video. Live at 6:35 on #abc13! pic.twitter.com/LJyfq8W54n

SEE ALSO: Man rescued from manhole after claiming he was trapped for 9 days

Last year in October, a 40-year-old man was trapped in a manhole for nine days.

Jason Courtney said he cut across a grassy area under the beltway and fell into the exposed hole.