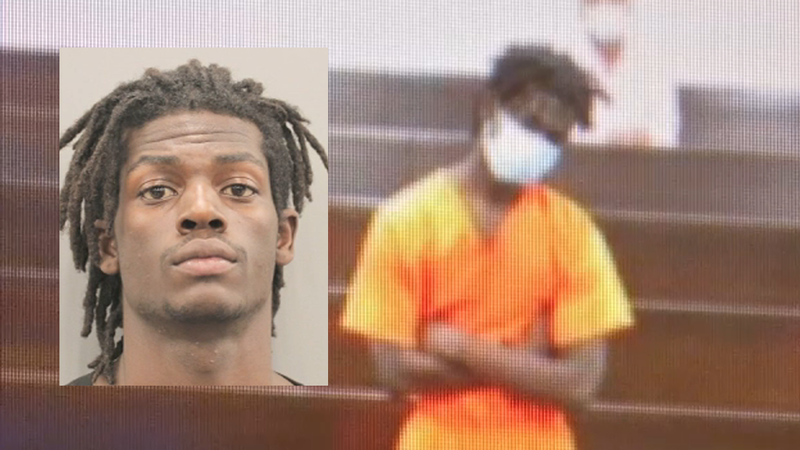 HOUSTON, Texas (KTRK) -- Houston police have arrested a man they believe killed another man on Sunday and then went back two days later to try to kill a witness to the murder.

Parys Burks-Henderson, 18, is charged with murder for the shooting death of 21-year-old Alexis Cantu, as well as attempted capital murder in the shooting of a 22-year-old. The male victim, who was shot multiple times as he slept, was a witness to the murder, police said. The victim was taken to the hospital in critical condition.

Police said the murder occurred Sunday, Feb. 6, when Burks-Henderson broke into an apartment in the 1200 block of Redford Street in southeast Houston and shot Cantu to death in front of three witnesses. Burks-Henderson took off right after.

Two days later, on the morning of Feb. 8, police said he walked into an apartment at the same location and shot a witness.

Burks-Henderson was in court Friday night, where a judge denied bond and read the probable cause affidavit aloud.

"He walked into his apartment, walked back into his bedroom. A witness heard him say, 'I bet you won't run your mouth no more,' and then he heard the shots," she said.

Court records show Burks-Henderson was out of jail on a personal bond for criminal mischief while also completing a deferred adjudication for breaking into a home in January of 2021.

Police have not yet released a motive in the first deadly shooting.

Police said they believe Burks-Henderson planned to leave town, and records show his family sent him money for a bus ticket before his arrest.